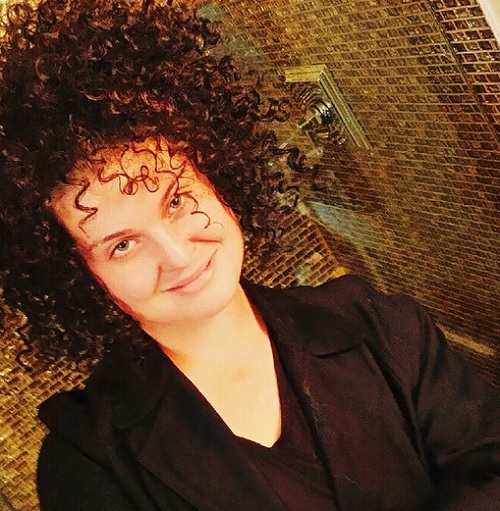 Former Fashion Police co-host Kelly Osbourne has found herself in some hypocritical hot water after making a tasteless joke about the infamous Rachel Dolezal on Instagram. Dolezal rose to internet notoriety this month after stepping down from NAACP presidency because it turned out she was white. That’s awkward! The former president donned a curly wig, went ham in the tanning bed, and “identifies as black.” Since Rachel’s story made headlines, it has caused some major controversy, and some hilarious memes.

Kelly Osbourne posted a photo of herself on Instagram, rocking the exact same hair as Rachel Dolezal and captioned the pic, “Call Me Rachel,” which was an obvious nod to recently transitioned reality TV star Caitlyn Jenner’s new E! Network reality TV show, “Call Me Cait.” Kelly’s sad attempt at humor did not go over well on the internet, and her followers were not impressed with Osbourne making jokes at both Rachel and Caitlyn’s expense – simultaneously.

Kelly Osbourne famously quit Fashion Police earlier this year after her co-star Giuliana Rancic mocked Zendaya’s hair and made some questionable comments which were interpreted as racist. Apparently, Kelly didn’t want to be associated with the show after the Zendaya hair scandal – and stated publicly that she didn’t like the idea of making fun of other people’s appearances. And, to top off the hypocrisy, Kelly Osbourne has taken a stance against bullying on more than one occasion. But, apparently, mocking Rachel Dolezal (who is a weak target, it’s obvious she has some serious issues) and, to a certain extent, Caitlyn Jenner isn’t classified as bullying or making fun of someone’s appearance. Hmm.

What do you guys think? Is Kelly Osbourne a total hypocrite? Or was her tasteless joke on Instagram totally okay? How is it okay for her to make fun of Rachel’s hair, but not okay for Giuliana to make fun of Kendaya’s hair? Let us know what you think in the comments below!