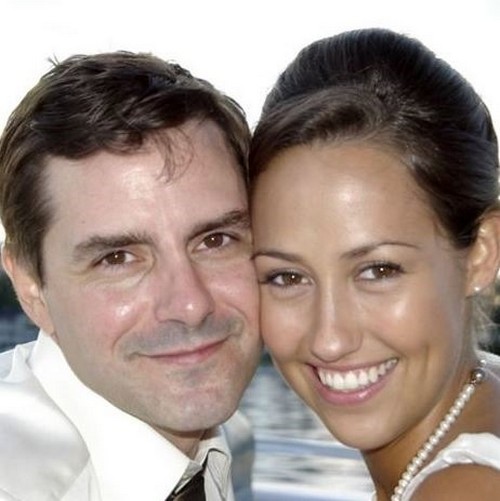 Is Kelsey Poe planning to sue ABC over psychological damage she allegedly suffered due to The Bachelor 2015 exploiting her husband’s death? Is the most dramatic Bachelor rose ceremony in the history of the universe is about to take place in a… Courtroom? Kelsey Poe, a.k.a. The ‘Black Widow,’ has threatened to sue ABC for “the emotional damage sustained during the filming of ABC’s The Bachelor 2015.” Poe has allegedly undergone extensive and expensive treatment for the traumatic memories induced by her time on The Bachelor 2015 hunting down Chris Soules and failing to snare the elusive farmer. Now the failed bachelorette expects the network to foot the bill and is prepared to sue if they don’t.

According to an exclusive source, “Kelsey feels that the producers used her ex-husband’s death to make the show more interesting.” This is reality television! It happens! Producers, and especially editors, must create a ‘narrative’. We can’t just have random people standing around talking to themselves. It’s not ‘Big Brother.’ In fact Kesley knew coming into The Bachelor that her outstanding feature was in fact the death of her husband, Sanderson.

According to Deadshirt writer Haley Winters, “Even the biggest ‘drama’ of the season, that of the icy Kelsey and the revelation of her deceased husband, wasn’t shocking in the sense of what actually happened (which, if you’ll recall, is basically nothing: a conversation set to ominous music, a ‘cancelled’ mixer, an over-the-top panic attack).”

Poe views this as a “validation” of her experience. Celeb Dirty Laundry can exclusively reveal that Kelsey Poe’s threatened lawsuit has more bark than bite. The official ABC Contestant Contract states the following:

Knowledge of Potential Embarrassment and Surprises

I acknowledge that interviews on or in connection with the Series may consist of another Participant and/or my statements about other Participants, personal relationships and, perhaps, the opinions and statements of my family and/or friends and other people connected with the Series, and that some of these statements and/or statements by the host of the Series, Producer or Producer’s employees or agents or others may be considered surprising, humiliating, embarrassing, derogatory, defamatory, or otherwise offensive or injurious to me, the viewing audience, Producer or Producer’s employees or agents and/or other third parties.

Kelsey Poe knew what she signed up for, so why the sudden Machiavellian approach? Is she trying to extend her fifteen minutes of fame? What is Kelsey Poe’s modus operandi?

Our source concludes, “She is viewed as The Bachelor’s version of Omarosa [Manigault]. There’s nothing wrong with standing up for yourself – Kelsey is a beautiful woman with a tragic story. Don’t tarnish the memories with a villainous greedy fire.”

Is Kelsey behaving like a pathetic famewhore trying for a money grab or was the widow sorely abused by The Bachelor 2015? Does anyone who actively pursues a stint on a reality TV show where one fights other women for the right to become engaged to a stranger have the right to expect respect? Let us know your thoughts in the comments below.