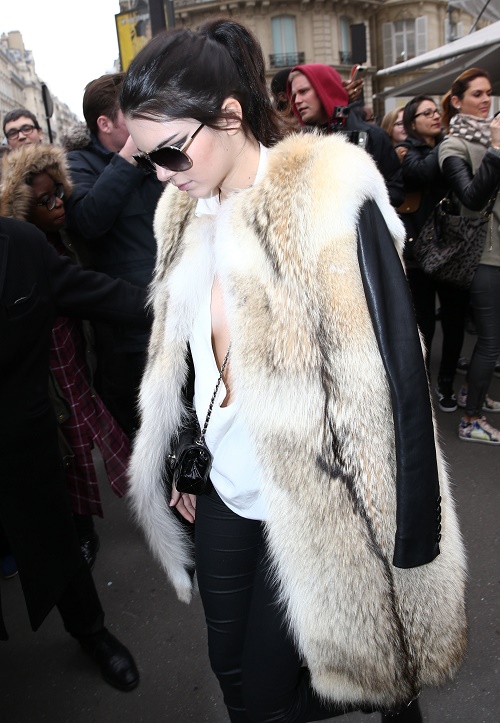 Kendall Jenner’s modeling career is continuing to take off like gangbusters, and the latest feather in her hat comes from Calvin Klein. According to reports, Kendall has just signed on to be the ‘face’ of the underwear brand.

To be fair, Kendall Jenner more or less forced Calvin Klein into giving her this deal by constantly wearing CK clothes, taking pictures, and then tagging them on Instagram. When a famous person with that much influence [as much as I hate to admit it] is so driven about promoting your brand – and they’re a decent model – the brand has nothing to lose by making the relationship more ‘official’.

Kendall Jenner is also already the face of Estee Lauder, so this really is just an added bonus. The details of the deal weren’t made public, but I can’t imagine that it’s anywhere less than 7 figures. In other words, Kendall Jenner is already on her way to becoming richer than her entire family, especially if this continues. Moreover, she’s on her way to actually having a legitimate job, even if you can debate the ‘job-worthiness’ of modeling.

It’ll be interesting to see how Kendall’s family reacts to Kendall’s growing fame, especially as her modeling career continues to take off. Calvin Klein is an internationally renowned brand, and Kendall might just end up surpassing her sisters and her parents in both fame and hard work, even without famewhoring. Wouldn’t that be a miracle and a half?

What do you guys think about Kendall Jenner landing a deal with Calvin Klein? Do you think Kendall is suited to being a CK model, or should they not have lowered their ‘brand’ by signing a Kardashian, no matter how much she hates being a Kardashian? Then again, they did sign Justin Bieber, and Justin really isn’t that much higher than a reality star on the fame totem pole nowadays.

Kris Jenner and Kendall Jenner arriving on a flight at LAX airport in Los Angeles, California on March 11, 2015. The pair were returning from Paris where they attended Paris Fashion Week.