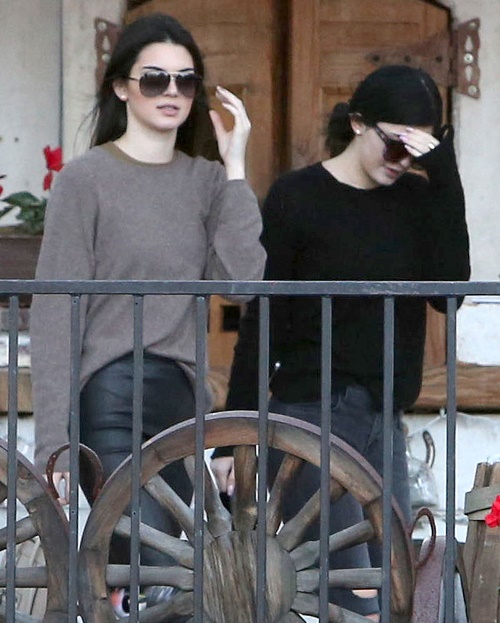 Kylie and Kendall Jenner just scored their own reality TV show, a spin-off from their family’s series Keeping Up With The Kardashians. Rumors have been floating around for months now that both sisters were scoring their own TV show and distancing themselves from the Kardashians – but it looks like the gossip is finally coming to fruition, according to a new report.

Variety reveals that there is Jenner reality TV show in the works right now at E! The site goes on to explain, “The prospect of a “Keeping Up With the Kardashians” spinoff series focusing on the two teen members of the reality TV clan has been discussed at E! and Ryan Seacrest Prods. A show insider tells Variety that a spinoff is on the drawing board, although it’s unclear how quickly it might come together.”

This won’t be the first time that members of the Kardashian Family landed their own spin-offs, there was “Khloe & Lamar,” “Kourtney And Kim Take Miami,” and more recently “Kourtney an Khloe Take the Hamptons.” But, the prospect of either of the Jenner sisters “taking” anything together, has Kim and Khloe sweating in their boots. There is a good chance that Kylie and Kendall’s new reality TV show could far surpass anything that Kourtney, Kim, and Khloe have done together. Sure, Kylie and Kendall aren’t getting married or having babies – but think of all the big names they could bring in to film episodes with them. Justin Bieber, Cara Delevingne, Hailey Baldwin, and Tyga just to name a few.

Between Kendall conquering the runway, Kylie playing house with rapper Tyga, and both of them coping with their father Bruce’s transformation into a woman – Kendall and Kylie’s new spin-off could blow KUWTK out of the water. Do you think that Kim should be worried that her little sisters are replacing her on E!? Will Kylie and Kendall’s new show beat Keeping Up With The Kardashians’ ratings? Let us know what you think in the comments below!