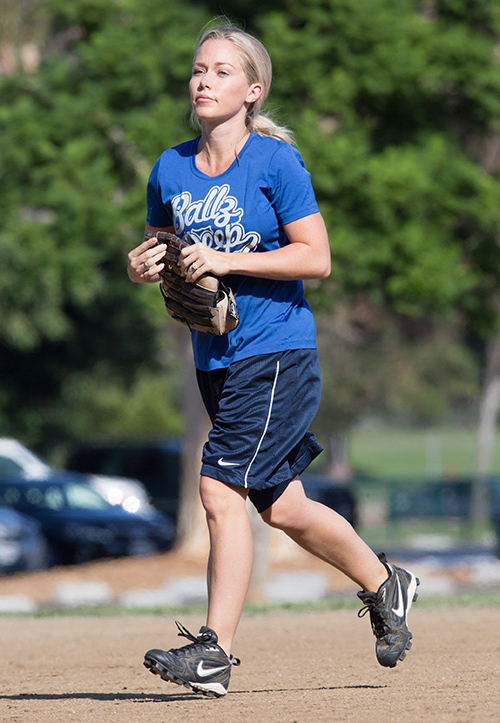 Kendra Wilkinson recently got a hair makeover and it looks like that isn’t all she is changing. The 30-year old mother of two has decided to finally cut the cord on her marriage to Hank Baskett.

Kendra and Hank have been struggling to salvage what was left of their marriage since Wilkinson learned last year about Hank Baskett’s fling with a transgender model. Kendra Wilkinson was 8-months pregnant with their daughter Alijah when it happened and obviously Kendra has been unable to overcome the betrayal.

In Touch Magazine reported on Wednesday that, after a year of trying to put the pieces back together, Kendra finally threw in the towel. According to the gossip mag, “Kendra told Hank she wants a divorce because she can’t stand to look at him anymore. She’s going to leave him”

Despite reports that Kendra Wilkinson wants to split from Hank Baskett after more than six years of marriage, Kendra’s rep denies claims that Wilkinson wants a divorce. “In the past, she’s always stayed with him for the ratings, but it’s different now,” the In Touch source claimed. “She’s very sure she wants out.”

That has to be a huge blow to Hank’s ego to know that Kendra has used him for ratings. It makes sense though because Kendra and Hank’s relationship has been torn apart and examined on her own reality show, “Kendra On Top” and on the most recent season of “Marriage Boot Camp: Reality Stars.” Despite his shortcomings, Hank has been a pretty good sport about letting viewers in to watch some of the most intimate details of his life in order to save his marriage.

There have been a lot of divorce rumors circulating about Kendra and Hank over the past year. Most of them came out of Kendra’s mouth too because when she gets angry, she says everything she is thinking and it really doesn’t matter who is around to hear it.

Apparently, a lot of Hank Baskett and Kendra Wilkinson’s divorce drama will play out on future episodes of “Kendra On Top.” According to the report, by the time viewers see it all unfold, Kendra and Hank will be well on their way to finalizing their divorce.

It would be nice if the reality TV couple would just call off their marriage and get it over with. Instead, Kendra is dragging things out and getting all the ratings (and paychecks) that she can out of Hank’s supposed indiscretions. Wilkinson has gone back and forth about whether she wants to work things out with Baskett so many times that people are starting to not care.