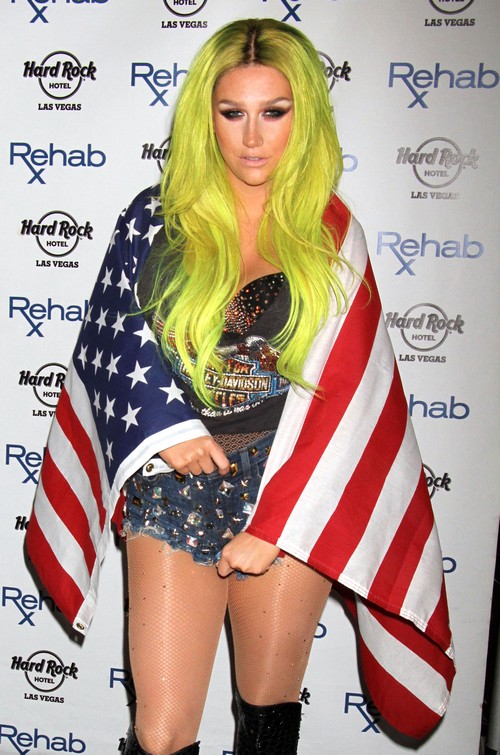 Has Kesha fallen off the wagon and gone back to rehab – a new report claims that could very well be the case. Kesha denied claims that she had fallen off the wagon and relapsed in 2014, but after her bizarre behavior at a Beach Boys tribute concert – it was obvious the troubled singer was no longer sober. According to a new report, Kesha has fallen off the map – and her close pals are certain she checked herself back in the Montana rehab where she disappeared to in 2014. And, after her embarrassing drunk display at the Beach Boys’ concert, we can all agree that her incognito trip to rehab was definitely much needed.

Kesha knew she had fallen off the wagon, and it was only a matter of time before she hit rock bottom again, and she decided to try to nip the problem in the bud. According to the insider, “Kesha was just telling one of her friends that she needs to go back to rehab, so it would make total sense if that that is what she did.” It’s commendable that Kesha took the initiative and hopped a plane and went to rehab on her own, rather than being dragged there kicking and screaming – all while creating a total media circus, like she has done in the past.

Here’s to hoping Kesha is in rehab, and is not being held hostage by a cult or something. It seems strange that no one, to even her friends, have seen her in person for weeks. Do you think Kesha is in rehab in Montana? Will she be able to stay sober this time? Let us know what you think in the comments below!