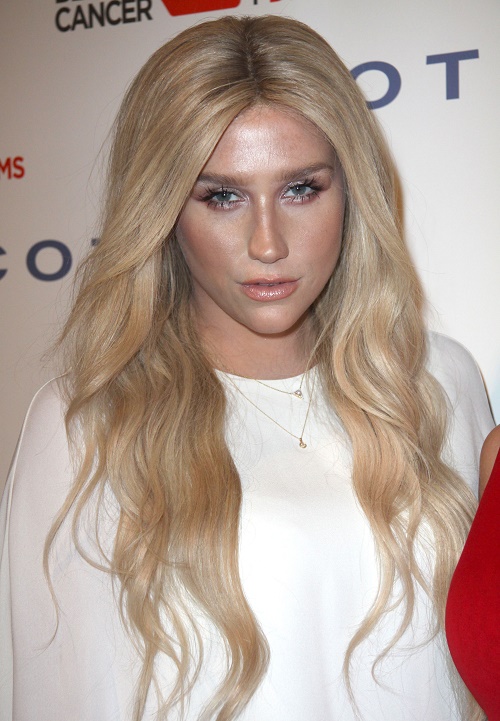 Kesha, the always entertainingly troubled singer, has reportedly fallen off the bandwagon and could be heading back to rehab. 2014 was a messy year for Kesha after accusing her own producer of sexually abusing her, battling rumored drug problems, and heading to rehab for an alleged eating disorder. Just when we thought Kesha had finally begun to get her life together, a new report reveals that she has fallen off the wagon and is partying way too hard again.

The May 11 edition of Star Magazine reveals that Kesha was spotted acting rather bizarre at a recent concert in Los Angeles. Star explains, “The singer was seen looking worse for wear at a tribute concert for Beach Boy Brian Wilson in LA. The pop star did a great rendition of “California Girls,” but things started to get strange after the show was over.” How strange? Well according to a witness at the concert, “She was slurring her words and yelling and stumbling all over the place. And when she saw Brian Wilson backstage she practically tackled him. Kesha was hugging him and talking a mile a minute – she definitely seemed off.”

Oh, Kesha, we had high hopes for you. Considering the amount of damage Kesha’s producer, Dr. Luke and her equally strange mother did on her while she was growing up, is anyone seriously shocked that she wasn’t able to keep it together? The odds aren’t exactly in Kesha’s favor, and living like a rockstar certainly isn’t helping her keep on the straight and narrow. Do you think that Kesha is fighting emotional demons and substance-abuse issues again? Or is she just a super big fan of the Beach Boys? Maybe she was so excited about meeting Brian Wilson – she just couldn’t contain herself? Is there another trip to rehab in her near future? Let us know what you think in the comments below!