Khloe Kardashian Car Accident with Kim Kardashian, Kylie Jenner and North West on Board in Montana 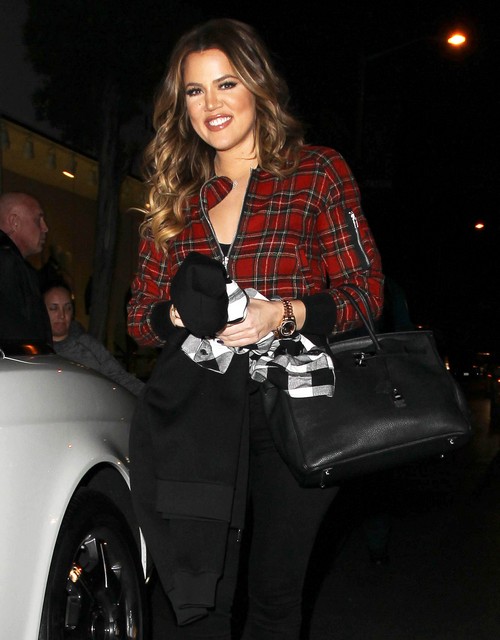 Just two weeks after Bruce Jenner’s car crash in Malibu, Khloe Kardashian has had an accident of her own. It happened on Saturday morning during inclement weather. According to TMZ, Khloe was driving on an icy road in Montana when a semi-truck blew snow onto her windshield. Kylie Jenner, Kim Kardashian and North West, Kim’s 20-month-old daughter with Kanye West, were passengers in the vehicle at the time. The snow momentarily impaired Khloe’s vision and caused her to skid off the road. As Khloe swerved, she hit a patch of black ice and lost control of her Yukon GMC. Khloe crossed into oncoming traffic before ending up in a nearby ditch.

While Bruce Jenner’s car crash resulted in the death of one woman and injuries to others, no one was hurt in Khloe’s accident. A motor carrier service reported the trouble and Khloe, Kim, Kylie and North were all calm when help arrived. No citations were issued at the scene. Apparently, driving conditions were quite hazardous in the Bozeman area where they were traveling. Several similar accidents occurred around the same time. Khloe’s crash didn’t cause any damage to her vehicle, though that was probably the last thing on anyone’s mind. The rest of the Kardashian and Jenner family members are undoubtedly happy to hear that everyone made it out safe and sound.

The close call came after Khloe had been bonding with her sisters on the slope. Us Weekly reports that Kim Kardashian posted several pictures on Instagram the day before the crash. One pic was captioned “Skiing sisters” and featured Khloe, Kim and Kylie dressed up in their snow apparel. However, today’s events certainly put a pause on their fun. Kim posted another picture of the sky near the scene with the caption “Thank you God for watching over us and keeping us safe.” Things could have been much worse. Everyone will likely return home with safety on their minds.

What do you think about the Khloe Kardashian’s car accident? Was it a good idea for her to be on the road with Kim Kardashian, Kylie Jenner and North West in that kind of weather? Let us know what you think in the comments below and don’t forget to check CDL often for the latest news on the Kardashians and Jenners.