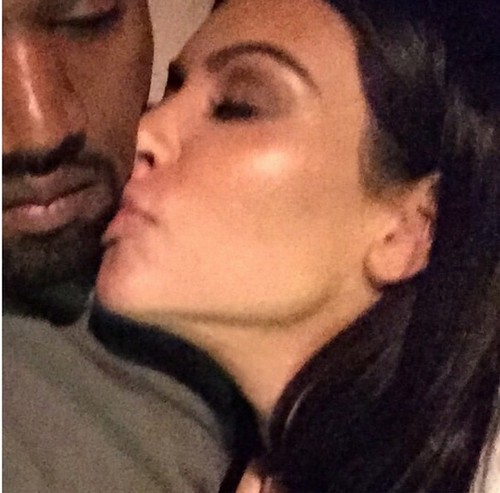 Kim Kardashian and Kanye West have been on the verge of a divorce for months. Just when the rapper and Keeping Up With The Kardashians star seemed to be getting their marriage back on track, Khloe Kardashian started an epic feud with Kanye’s ex Amber Rose – and all hell broke loose. Amongst the insults that were hurled between Amber Rose and the Kardashians on Twitter, Kim Kardashian’s sex-tape with Ray J was put on blast and Amber took the opportunity to remind all parties involved that she “hit it first,” and Kim was married to her sloppy seconds, Kanye.

The media firestorm that has covered Amber Rose and the Kardashians’ feud is only making matters worse for Kim and Kanye, and has everyone whispering about their upcoming divorce again. Amber Rose has always been a sensitive issue for Kim Kardashian, and rumors of Kanye and Amber still sleeping together and cheating behind Kim’s back have always been one of the underlying stressors in Kim and Kanye’s marriage.

Kanye West is determined to save his marriage and avoid a divorce at all costs though. So, on February 20 Kanye headed to Power 105 for a live interview, and he took the opportunity to prove his love for Kim by publicly dissing and destroying his ex Amber Rose. Kanye laughed that he wishes Kim would have just dated him when he first asked her out, because then he never would have hooked up with Amber, and “Amber Rose wouldn’t even exist.”

Not only did Kanye accredit her entire existence to dating him, he even went on to say that he “had to take 30 showers,” before Kim would even consider sleeping with him because he had been with Amber. That’s a low blow, but if we know anything about Kim Kardashian, it’s that the best way to win her over is to bow down to her while simultaneously dissing someone she feels threatened by. Of course Kanye’s rant brought another insult from the ever-classy Amber via Twitter: “Wait 30 showers? But Kim let RayJ nut on her…. Never mind.”

Do you think that Kim Kardashian and Kanye will be able to avoid a divorce? Will Kanye publicly humiliating Amber Rose be enough to convince Kim Kardashian that his loyalty lies with her? Let us know what you think in the comments below!