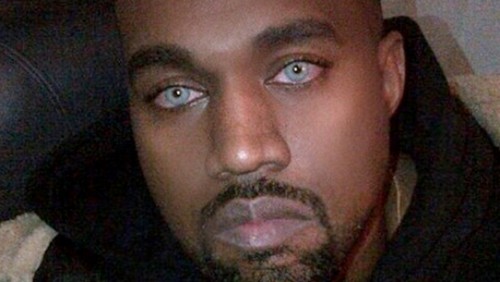 Kanye West has gone rogue and Kris Jenner is going insane! And, he just announced that Kim Kardashian’s little sister 17 year old Kylie Jenner is in love with her rapping boyfriend Tyga. Kylie and Tyga have been rumored to be dating for months now, and stirred up a lot of controversy since Kylie is legally underage, but the Kardashian Family has refused to confirm that they are a couple – and it has turned in to the worst kept secret in Hollywood. But, Kylie and Tyga can no longer turn the other cheek at the rumors of their illegal affair – because Kanye West just outted them!

On February 17 Tyga appeared on “The Breakfast Club” and vehemently denied rumors that he was dating Kylie Jenner. Apparently, Kanye didn’t receive the memo because he turned around and did an interview on February 20 on “The Breakfast Club” and announced that Tyga and Kylie were not only dating, but they were in love. Kris Jenner better reign Kim Kardashian’s hubby in – before he does some serious damage.

Either Kanye West forgot to get his prescription filled this month or he has taken his “I Don’t Give A F—k” attitude to a whole new level in 2015. Regardless of what is going on with the rapper, we are thoroughly enjoying the entertainment he is providing. On February 20 Kanye also dished on Amber Rose and her feud with the Kardashians, and he announced that he “had to take 30 showers” after he hooked up with Amber before Kim Kardashian would even consider being with him. Between his Grammy Diss, Amber Rose comments, lunch dates with Taylor Swift, and confirming Tyga and Kylie are in a sexual relationship – there is never a dull day in Kanye Land.

We’re going to go out on a limb right now and say that Kris Jenner is curled up in a ball and popping Prozac while she contemplates her next move – because Kanye’s realness is destroying the reality TV family’s lies, one interview at a time.