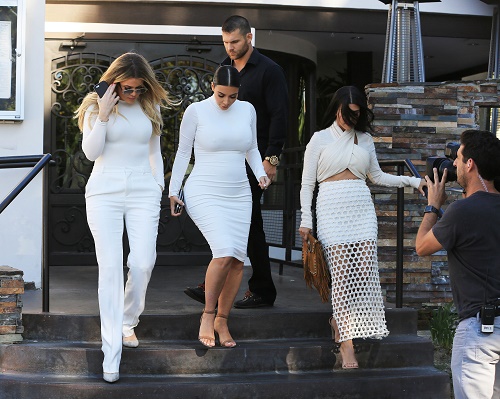 Khloe Kardashian and her estranged husband Lamar Odom have been broken up for three years now, however they still have not officially filed for divorce. Despite the fact that Khloe has been dating numerous guys since their initial split, Lamar Odom has maintained that the Keeping Up With The Kardashians star is “still his wife,” and even hinted on more than one occasion that they are getting back together. But, the former NBA player has changed his tune – he says that it is OVER!

In an exclusive interview with Star Magazine, Lamar Odom finally came to terms with the fact that their marriage is really over, and he and Khloe are not getting back together. Lamar revealed to Star Magazine, “I really messed up – she doesn’t want anything to do with me. We can’t work it out, and I feel so stupid. There is no way she is ever taking me back. She has moved on with other guys.”

But, what about all of those times on Keeping Up With The Kardashians when Khloe claimed she was still in love with Lamar, and was filmed even flirting with him on the phone? According to one of Lamar’s close friends – Khloe had no intention of ever getting back together for Lamar, she was just acting to bring in ratings to her family’s reality TV show. The insider explained, “The Kardashians are aware that Khloe’s unfinalized divorce has been of interest to fans and is a good plot device for their TV ratings. But I think Khloe’s hints on the show that she might have been open to a reconciliation only gave Lamar false hopes – and he does feel used in that respect.”

What? The Kardashians used someone just to create a good storyline on their reality TV show? You don’t say! It sounds like Lamar and Rob Kardashian have even more in common that we thought. According to Star Magazine, now that Lamar has come to terms with the face that he and Khloe are never, ever getting back together – he has been using the time to better himself and improve his health.

Do you think that Lamar Odom is done letting Khloe string him along? Will he finally do what needs to be done to finalize the divorce? Or do you believe there is still a chance they could reconcile? Let us know what you think in the comments below!