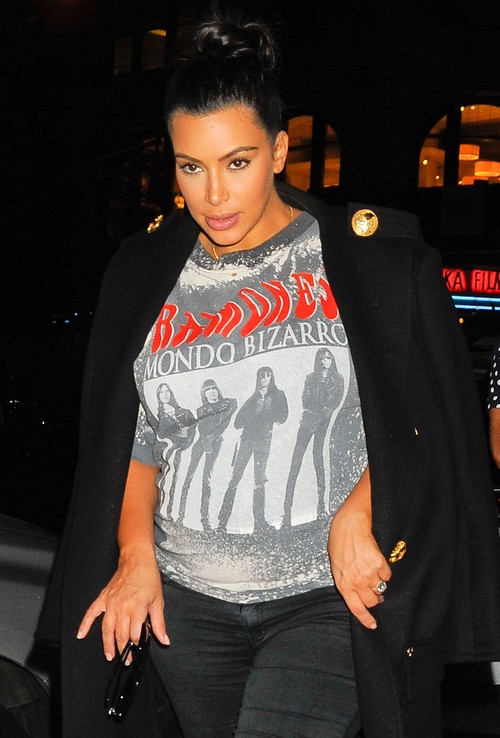 Kim Kardashian and tennis pro Serena Williams are apparently besties now – and Kourtney Kardashian is furious with her disloyal fame-hungry sister. It was recently confirmed with some PDA pics that Serena Williams is definitely dating rapper Drake, Kanye’s pal, so it seems logical that Kim is trying to forge a relationship with Serena. Imagine the power couple double dates! But, Kim was supposed to be hooking Kourtney up with Drake, not paling around New York City with his girlfriend.

As CDL exclusively reported last month, Kourtney Kardashian and Drake were secretly texting each other – and trying to plan a date, thanks to the urging of Kim and Kanye. But, Kourtney and Drake’s almost fling apparently fell apart, and the rapper got very serious with Serena Williams instead. Kourtney was devastated when Drake dropped her like a bad habit to hook up with Serena Williams, so you can see why she would be upset that Kim is now BFF’s with Serena.

Any loyal sister would let Drake know that she was unimpressed with how he handled his almost date with Kourtney. But, instead Kim has decided that she is totally cool with Drake dissing her sister – and she wants to be besties with his new girlfriend. Can anyone really say that they are shocked by Kim’s behavior? Seriously, when has she ever chosen her family over fame and fortune? Kim could care less about Kourtney or Serena for that matter, she is just loving all the press that she is receiving after her dinner date with Drake’s new girlfriend. She is probably already planning a couple’s vacation for her self, Kanye, Drake, and Serena.

Do you think that Kourtney is being overdramatic? Or does she have every right in the world to be upset with her sister Kim? Is becoming besties with Drake’s new girlfriend a low blow? Let us know what you think in the comments below!

Kim Kardashian is seen arriving home to her apartment in New York City, New York on September 7, 2015. Kim was rocking a Ramones t-shirt but nobody believes she’s ever listened to a Ramones song. FameFlynet