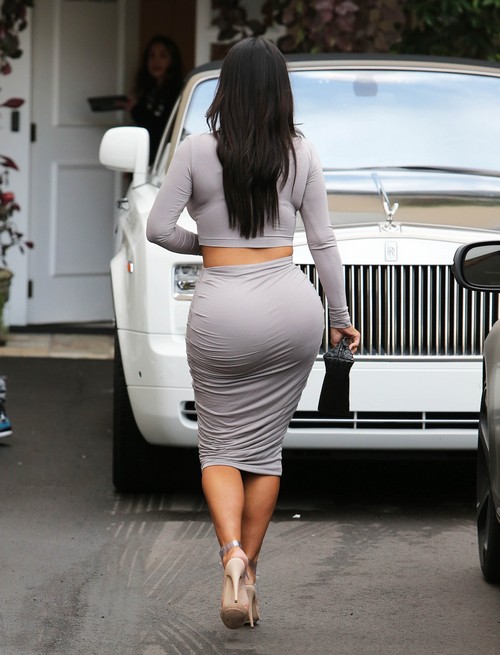 Kanye West is more than pleased to learn that Bruce Jenner’s new reality show will force the end of Keeping Up With The Kardashians, but can he stop Kim Kardashian from pursuing a divorce. As the Kardashian-Jenner clan continue to lose followers, boyfriends, and fans, their brand may be in jeopardy, and that includes their TV shows. With the whole family in turmoil and everyone fighting or turning against one another, the charade is up and everyone is ready to go their separate ways. Since Keeping Up With The Kardashians began, the family has seen many changes, and the family that some came to adore is finally shows cracks in the façade that they present as a happy, close, fun-loving family.

Through the years many lies have been exposed. Fans are turning on the family because they feel betrayed. Kim Kardashian continues to lie about having butt injections, her marriage, and anything that makes her look bad in public. Kylie Jenner lies about her relationship with rapper Tyga, and her own pair of over-inflated lips, Kendall Jenner has been spending time with a very questionable crowd which includes Chris Brown, Khloe Kardashian has dated a whole variety of losers—all of whom have cheated on her, Kourtney Kardashian keeps making babies with  schmuck Scott Disick—who’d rather cozy up to a bottle of Ciroc than to his girlfriend and baby mama, and let’s not forget Bruce Jenner who left the hell that wife and mom of all dysfunction, Kris Jenner, has created. All of this has left fans hating Kris and completely tired of the girls who never seem to do anything different than the few things that have kept them in the spotlight—making babies, getting married, divorced, and married again, inflating body parts, and taking lots of selfies.

So it makes sense that one of the things fans loved most about the original Keeping Up With the Kardashians series was Bruce Jenner. The lighthearted, sweet father who tolerated Kris became a fan favorite. Now that he’s off the show, fans of the show miss his presence. Well, Bruce Jenner may return to TV, CDLers! TMZ has reported that Bruce is in talks to have his own family reality show and his sons are all for it. Both Brody Jenner and Brandon Jenner are on board for doing a new reality show. Though Brody Jenner is carving out a career as a DJ, he feels the new show with dad and broth Brandon Jenner can help his career grow faster because of the exposure he’ll get from the show.  Brandon and Brody are not new to reality tv. Prior to appearances on KUWTK, they starred in their own show, Princes of Malibu that basically highlighted the grand life of the boys who did nothing more than party.

The show would follow Bruce Jenner and his sons doing things they enjoy most. Bruce feels it will help him bond with his sons, and he enjoys the fact that he’d have far more control over the show, since he had none with KUWTK. Bruce is still under contract with KUWTK, so he’d likely have a battle on his hands with the E! network, but he is willing to go to battle to have his own show with his sons.  He knows that KUWTK doesn’t have much time left as the family’s demise is becoming quite evident. Further, Bruce knows that Kim Kardashian is anxious to end things with Kanye West and will soon officially file for divorce. Kim is a big pull for the show, so if she and Kanye are out, he knows there is no future in the show. Plus, Kim will surely receive backlash for ending another marriage so soon. Kourtney has also commented about leaving KUWTK, so the time is right for Bruce to begin a new venture.

CDLers…would you watch Bruce’s new show? Will KUWTK end now that Kim and Kanye are on the brink of divorce?