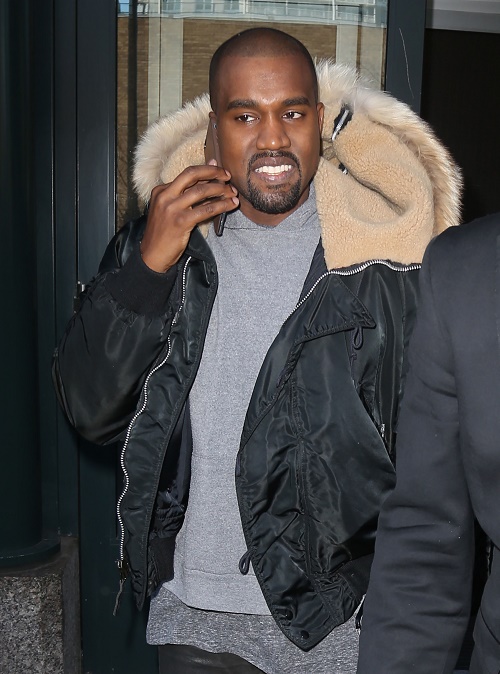 Kim Kardashian and her charming husband Kanye West are heading for divorce and there is nothing that will stop them according to a new report. Kim Kardashian and Kanye West reportedly [according to OK! Magazine] had a massive fight over Rihanna, all because Kanye has been getting ‘closer’ to the R&B singer. To be completely fair, Kim Kardashian clearly has massive insecurities about Kanye hanging out with anybody else, especially someone as talented, young, beautiful, and connected as Rihanna. No matter how much we riff on Kanye, he is talented – and Kim is not.

Kim knows this, and she knows that Kanye really could do a lot better, were he so inclined. Plus, both Kim Kardashian and Kanye West have a well-documented history of cheating, and whenever rumors about them ‘flirting’ with other people reaches the Internet, we know they usually have some basis in fact.

At this point, neither Kim nor Kanye trust each other, but they’re staying married to prove their critics wrong. According to our sources, Kim – in addition to feeling insecure, controlled, and unwanted – has realized that she really doesn’t need Kanye anymore, especially not after his Grammy awards idiocy. She’s realized that she can get her own publicity without him, and it’ll probably be better publicity. In fact, rumor has it that she’s already seeing a divorce lawyer, which means that an official divorce might happen sooner rather than later.

Granted, fighting over Rihanna seems like a silly catalyst to start such a fight, but these two never had a shot in hell of lasting forever. It was really only a matter of when they were going to get that divorce, not IF.

What do you guys think? Should Kim be worried about Kanye’s cheating and flirting? Or is divorce an over-reaction to the news? At the end of the day, Kim still seems to play the subservient, dutiful wife to Kanye’s craziness, and I think it’s still too ingrained in her to let go so easily. But we’ll just have to wait and find out…