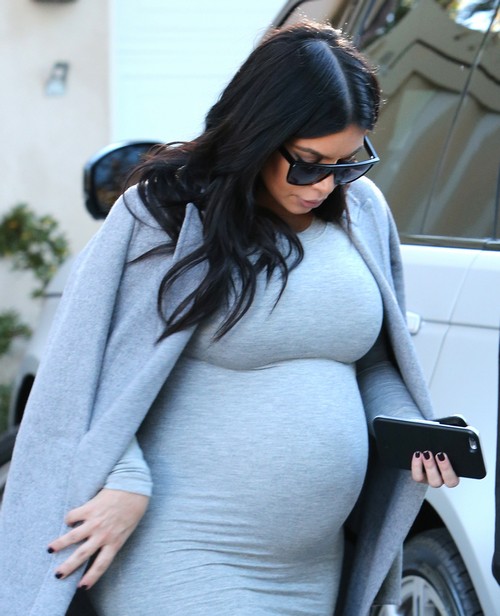 Kim Kardashian is ready to take back her crown as the queen of social media but she fears that Lamar Odom and Kendall Jenner might be in her way. Kim is due to give birth in December and she wants to make sure the day is all about her and her new baby.

That means headlines too though and Kim Kardashian is worried that Lamar Odom’s recovery is going to overshadow her baby news. The former NBA star is making huge gains in his recovery and things are looking so good that Khloe Kardashian has been able to leave his side and take care of her own business for a few days.

Now that Lamar Odom is out of the woods, there are rumblings that the E! Network might be interested in sharing Lamar’s recovery with the world. If the cameras are on Lamar, Kim fears that she won’t get as much press when she delivers and that will hurt her chances of making a comeback in the Kardashian and Jenner popularity contest.

Kim Kardashian has been a good sport over the last few weeks as Lamar Odom’s near-fatal drug overdose dominated headlines. Kim even moved her baby shower back when Lamar was in the hospital and his situation looked dire.

Kim Kardashian is a calculating business woman though and she knows that sharing her first photos of Kanye West’s only son will be ratings gold and it’s going to give Kim the edge she needs to show Kylie Jenner who really is the most popular of them all.

The 35-year old reality star just celebrated a milestone birthday and celebrated with a very thoughtful and well-done surprise party thrown by her husband Kanye West. Kim Kardashian followed that up with a “Troop Beverly Hills” themed baby shower that was well documented on social media and then Kim even dressed up as a very memorable version of herself for Halloween.

All of that and Kim Kardashian still can’t get her app sales high enough to beat out Kendall Jenner in the popularity war that has erupted among the sisters. If Lamar Odom does a reality show or has any more miraculous breakthroughs, Kim Kardashian fears that she will be an afterthought as she gives birth and she is counting on using the monumental day to give her an edge on her sisters.