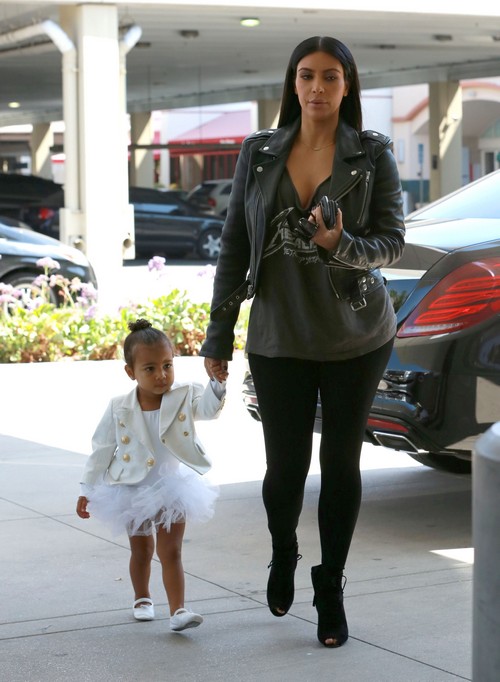 Kim Kardashian is pregnant with baby number two, a boy, with husband Kanye West and the child is due near Christmas! Kim and Kanye have been trying to get pregnant for months, and it is no secret that their fertility struggles had the couple on the verge of a divorce. During the Sunday May 31 episode of Keeping Up With The Kardashians, Kim revealed in a spoiler video that she just got the blood test results back and she is finally pregnant – to a shocked Khloe Kardashian.

So, when is Kim Kardashian’s due date? We can most likely expect baby number two to make his debut right before Christmas, in December. The Keeping Up With The Kardashians teaser video in which Kim revealed that she is pregnant was filmed around the end of April – which means that Kim most likely conceived in the beginning of April or end of March. It’s no secret that Kim and Kanye were struggling to get pregnant and had undergone IVF treatments, which means that the couple would have been able to choose whether or not they had a son or daughter. Kanye West has wanted a son for years – so it’s safe to assume that they were receiving fertility treatments to conceive a boy.

Obviously we’re thrilled for Kimye, but to be honest we are even more thrilled to see what crazy outfits Kim steps out in to debut her baby bump. Hopefully the Keeping Up With The Kardashians star invests in a maternity wear stylist and doesn’t let her husband dress her again when she is nine months pregnant. Who could forget the leather skirt fiasco when she was pregnant with North? And, we are already taking bets on Kim and Kanye’s baby boy’s name. South West? Kanye Jr?

Are you surprised that Kim Kardashian is finally pregnant with baby number two? What do you think she and Kanye will name him? Since she received IVF treatments, is there a possibility that she is pregnant with twins? Let us know what you think in the comments below!