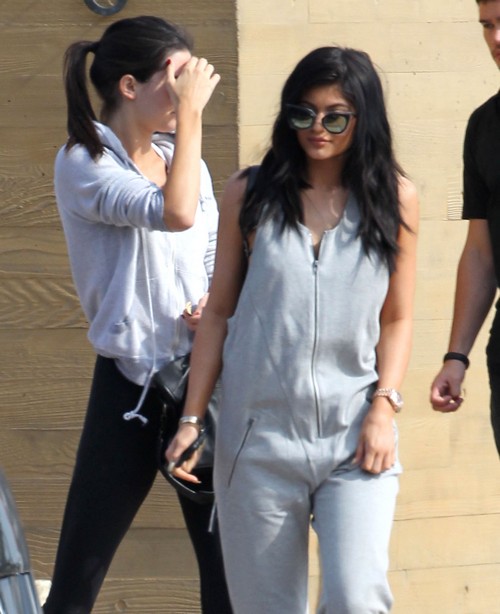 Kris Jenner’s five daughters, Kim Kardashian, Khloe Kardashian, Kourtney Kardashian, Kendall Jenner, and Kylie Jenner, are planning on firing their momager, and seeking new representation. Well it’s about time and sources close to the Kardashian/Jenner family are saying that it is happening!

A source recently spoke out about the issue with Life & Style magazine saying, “No one wanted to be the bad guy and actually fire her, but eventually they nominated Khloe it wasn’t pretty. Kris lost it and called Khloe spoiled and ungrateful.” The sisters all ganged up on their mother. You know what they say; there is power in numbers. So what exactly is the driving force behind the split?

The source close to the family says that Kim Kardashian has been influenced by her husband Kanye West. “Kim sat down with Kris herself and told her ‘I don’t need you anymore.” Kanye West is convincing Kim Kardashian that she needs to spread her wings and try working with a more professional team, not her mom.

Khloe Kardashian, on the other hand, has always had issues with Kris Jenner as a manager. On their popular E! reality TV series, Keeping Up with the Kardashian’s, Khloe has actually addressed the issue of Kris Jenner favouring Kim Kardashian, and not making enough time for her other daughters. Now it is being reported that Kris Jenner is trying to manipulate Khloe into staying with her estranged husband Lamar Odom. She believes if the two make up, it will be a huge TV moment, and the family will cash in. Khloe is allegedly tired of Kris’ ways and is now looking for new management.

Kourtney Kardashian, on the other hand, has her hands tied with three children, and dealing with her long time lover, Scott Disick’s, substance abuse issues. A source tells the magazine that she believes Kris Jenner is “feeding Scott’s addictions,” and she does not want any enablers around their family.

Kendall Jenner, on the other hand, has entered the world of modeling, and is currently enjoying life as a successful high fashion print and runway model. If you think about it though, Kendall Jenner was scouted and Kris Jenner did not play a big part in her daughter’s success. The source says, “Kris already isn’t handling her day to day stuff. A modeling agency does all of her commercial gigs.”

Lastly, Kylie Jenner is in her teenage rebellion stage, and has been acting out. It is more than obvious that she is dating rapper Tyga, and she is in the middle of drama between herself and Tyga’s baby momma, Blac Chyna. Kylie is only 17-years-old, but she recently but her own $2.7 million house and feels that Kris Jenner does not give her enough attention. Perhaps Kris is embarrassed of her daughter and does not want to work with her. Whatever the issue may be, Kylie Jenner does not want to work with her mom anymore, and is trying to find her own way in the entertainment industry.

Honestly, are you surprised to hear all of this? It was only a matter of time before this dynasty started falling apart.

Kendall Jenner and Kylie Jenner leaving Nobu after having an early dinner in Malibu, California on May 16, 2015. Kendall stopped by her dad Bruce Jenner’s house before meeting up with her sister. FameFlynet