Kim Richards Forced Into Rehab Hospital by Family After Target Arrest: Fired RHOBH Star Released and On The Loose 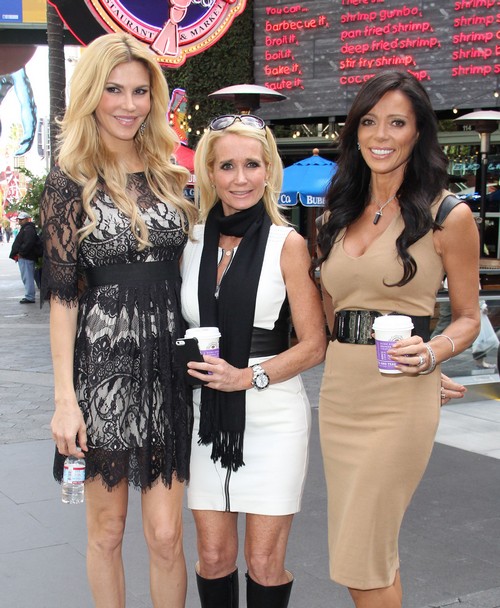 Troubled reality star Kim Richards is continuing to go down a wrong path, and now, it seems that her family is stepping in out of concern. Kim Richards was arrested on Sunday, August 2, for allegedly shoplifting from a Target store located somewhere in Los Angeles, California’s San Fernando Valley, and now, Us Weekly is reporting that Richards had been admitted to a hospital. Multiple sources have told them that Richards’ family has encouraged the fired Real Housewives of Beverly Hills star to get help.

Richards, 50, checked herself out of rehab back in July after staying for only one month. An since source tells the publication that Richards quickly fell back into her old habits, and that her one month stay in rehab had done nothing to improve the reality star’s health.

Kim Richards was accused of stealing over 100 items from Target, totalling a little over $600, according to the Los Angeles City Attorney. Kim Richards did spend the night in jail, but was released the following day on $5,000 bail. After reading these reports, our main question is, how was Richards able to steal 100 items from Target? That is something that seems so farfetched to us. Kim Richards pleaded not guilty to the charges, and is now due in court on August 20.

It is sad to see that Kim Richards is in such a bad place, homeless and living out of her car, but after everything, it looks like there is little hope left for Richards. Kim Richards spoke with Entertainment Tonight back in July and said, “I love sobriety. I’ve always loved sobriety, and relapsing was very hard for me. It was not easy. I have to say, don’t take this wrong, but I really wanted to go to treatment because I needed a break from what I was going through at home.”

Unfortunately, Kim Richards’ sobriety did not last, as sources say that her family checked her in to a unnamed hospital late last week. Kim wanted to get out but her family refused. Nevertheless E! confirms that Kim managed to get released from the facility, despite her family’s best efforts to have her held against her will, and is once again on the lose.

What do you think of the latest drama surrounding Kim Richards? Is there any hope left, or is she going down a dark path with no return in sight? Let us know in the comments below.