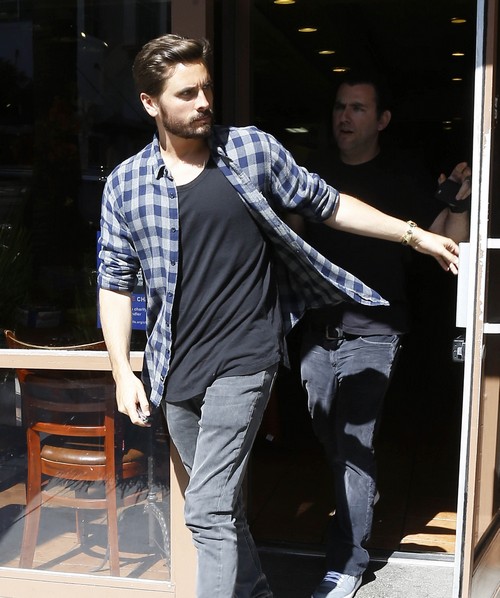 While Kim Kardashian and Khloe Kardashian laid wreaths in Armenia, Kourtney Kardashian reassessed her relationship with Scott Disick. The latter sister didn’t join her siblings on a visit to their father’s homeland, “because it was making [Kourtney] too anxious with three young children” – according to her Instagram post.

Pfft! Tell that to the trees, woman.

The Kardashians, and Kanye West (obviously), visited Armenia to pay homage to the victims of the 1915 Armenian Genocide. The faux-celebrities received a warm welcome. Thousands of fans greeted the sisters outside their hotel in Yerevan; Galust Sahakyan, the speaker of the Armenian National Assembly called Kim Kardashian a “world-famous woman”; and Prime Minister Hovik Abrahamyan “hailed the fact that members of the Kardashian family never forgot their roots.” 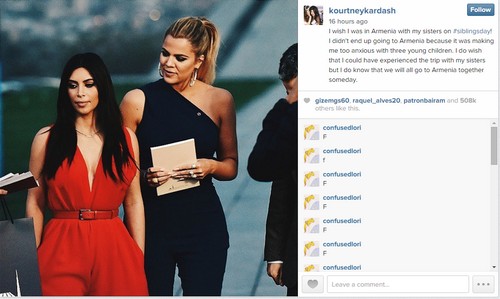 An exclusive source for Celeb Dirty Laundry revealed the secret behind Kourtney’s absence. “The ‘three young children’ story is a lie. Kourtney and Scott had a huge fight before the trip. He didn’t want her to abandon him especially after the whole rehab thing. He called her ‘selfish’,” says the source. “The cathartic experience was taken away from her. She needed closure in Armenia, but Scott’s too self-involved to realize it.”

Last week, Scott Disick went on a “solo shopping trip” looking glum and dumb as can be. He ceremoniously booked himself out of a rehab facility in Costa Rica after only one week – 14 days shy of the full 21-day program. According to Scott, “A lot of people were under the impression that I was going to this rehab facility in Costa Rica for a month, when the truth was, I was going for a week for one treatment that they have there. I’m not done. I plan to go back to the place. Everyone keeps telling me that I dropped out early.”

Is that so? Next lie coming soon.

Kourtney Kardashian should have her own show: Keeping up with The Façade.

What do you think? Is this the “separation” everyone is talking about? Let us know your thoughts in the comments below.