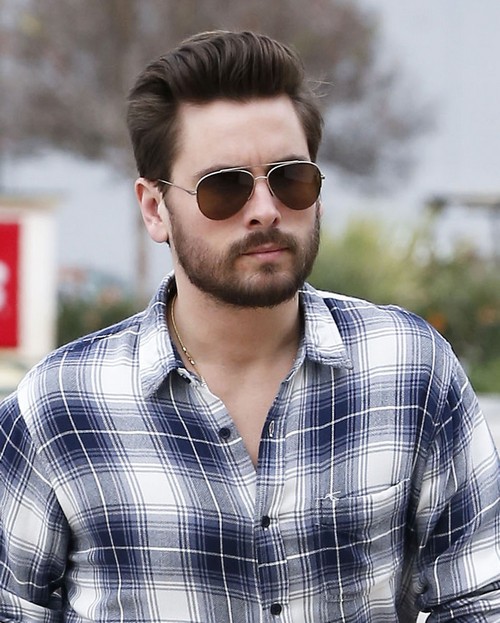 Kourtney Kardashian’s baby-daddy Scott Disick has already fallen off the wagon and left rehab…shocker. This month Scott Disick partied a little too hard in Atlantic City and was found wandering around barefoot, so he announced he was “getting sober” (again) and checked in to a rehab center in Costa Rica called Rythmia Life Advancement Center. The highly recommended rehab center specialized in all natural remedies to addiction, and was going to use organic tree roots to help Disick sober up. Apparently the tree roots were no match for Scott’s demons.

According to a new report from TMZ Scott Disick has already checked out of rehab after less than a week and is back to partying. Scott was spotted club hopping in Costa Rica with a bodyguard/babysitter in tow (probably to make sure he kept his shoes on this time), and he reportedly partied at two separate clubs Rogue and Vertigo. So far no one from the Kardashian clan has addressed the fact that Scott Disick left rehab already, maybe he neglected to tell them and TMZ just exposed him.

Ironically Scott’s trip to rehab came the same month that Star Magazine reported he and Kendall Jenner were having an affair and were getting married. Rumors began floating around the internet that Scott was actually getting sober so that Kendall would be with him, not for the mother of his three children Kourtney Kardashian, who has put up with his crap for nearly a decade. Regardless of which woman he went to rehab for – it is probably safe to say that she is not a happy camper right now and Scott Disick is back on the market. So, if you are single and looking for a drunk overgrown baby that can’t find his own shoes and will probably try to hook up with your sister, then look no more!

Do you think that Scott Disick will ever get sober? How do you think Kourtney Kardashian feels about him leaving rehab already? Did he really try to get sober for Kendall? Let us know what you think in the comments below!