Scott Disick Checks Into Rehab – Kourtney Kardashian Takes Him Back After Cheating Scandal With Kendall Jenner If Sober’s Up? 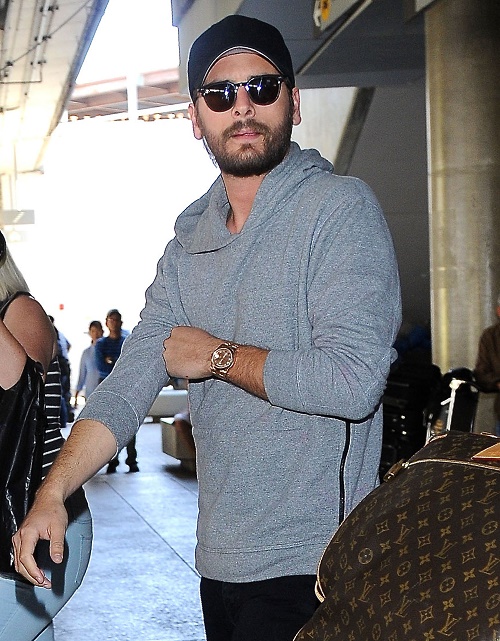 Kourtney Kardashian’s baby-daddy and longtime boyfriend, Scott Disick, is headed back to rehab…again. Disick has struggled with alcoholism and prescription pill addictions for basically as long as he has starred on Keeping Up With The Kardashians. After losing both of his parents and learning Kourtney Kardashian was pregnant for a third time in 2014, Scott’s partying and addiction problems grew in severity. While Kourtney and Khloe were in the Hamptons filming a season of KUWTK, Scott wound up in the emergency room after nearly overdosing on sleeping pills and announced that he was going to rehab and getting help.

Scott Disick’s 2014 rehab stint was short lived, like really short. He lasted about a week at the facility before he returned to the Hamptons and swore he was a changed man. Within weeks Scott was back to his old ways and drinking even more than before. Rumor has it that Scott was so drunk he missed the birth of his third baby, Reign Aston Disick, and he and Kourtney have been on the outs ever since.

According to a new report from TMZ, Scott checked into Rythmia Life Advancement Center in Costa Rica on Tuesday, March 16th, where they will be using natural remedies to help him conquer his addictions once and for all. The timing of Scott’s spontaneous trip to rehab is suspicious to say the least. Star Magazine has been pushing a story that Scott has been cheating on Kourtney and having an affair with her little sister Kendall Jenner. Now, the internet and social media is abuzz with rumors that Scott blamed his affair on being drunk and high all of the time and Kourtney agreed to take him back if he got sober…again.

Do you think that this trip to rehab will actually work for Scott? Or is he just doing to pacify Kourtney, and will be back to partying in no time? Are there any truth to the rumors about Kendall and Scott? Let us know what you think in the comments below!