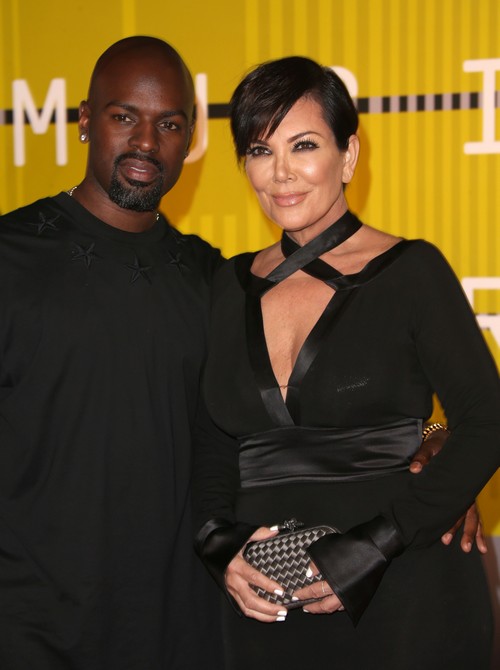 Kris Jenner and her boy-toy Corey Gamble are getting married! It has been less than a year since Kris Jenner’s divorce from Caitlyn Jenner, formerly known as Bruce Jenner, was finalized – but the Keeping Up With The Kardashians momager is already planning on taking another trip down the aisle. According to a new report 59 year old Kris is planning an over-the-top wedding to her 34 year old boyfriend, and she is even planning out the proposal for him. Of course, it will all be filmed for their reality TV show.

Kris Jenner has her marriage proposal all planned out – now all she needs is for her future hubby Corey to follow the script that she has laid out for him. An insider dished in this week’s edition of OK! Magazine, “Kris is absolutely head over heels for Corey and wants to become his wife before the year is out. She has told Corey that she wants a grand, fantasy proposal – and she wants it filmed.”

Of course, we are talking about Kris Jenner – so she has ulterior motives. Since her ex Caitlyn’s transition, Kris feels like she is living in her shadow, and she wants the limelight back. The momager is convinced that an over-the-top marriage proposal and wedding will make everyone forget about her ex Caitlyn’s transition. OK! Magazine’s source went on to say, “Kris is sick of playing second fiddle to Caitlyn. She wants to drum up some publicity for herself and steer the limelight back her way. She thinks that marrying her boy-toy could do that.”

Kris Jenner sounds like she is totally using Corey Gamble, but don’t pity him – he is loving every second of being inducted in to the famous reality TV family. Corey and Kris are really two peas in a pod, desperate for attention, fame, and fortune. They may be 25 years apart in age, but at the end of the day they are two peas in a pod. Do you think that Corey and Kris will actually wind up getting married, or does their relationship have a short shelf life? Will their engagement be enough to steal the spotlight back from Caitlyn Jenner? Let us know what you think in the comments below.