Caitlyn Jenner And Kris Jenner Film Scenes For Keeping Up With The Kardashians: Buried Hatchet Or Obligated By Contract? 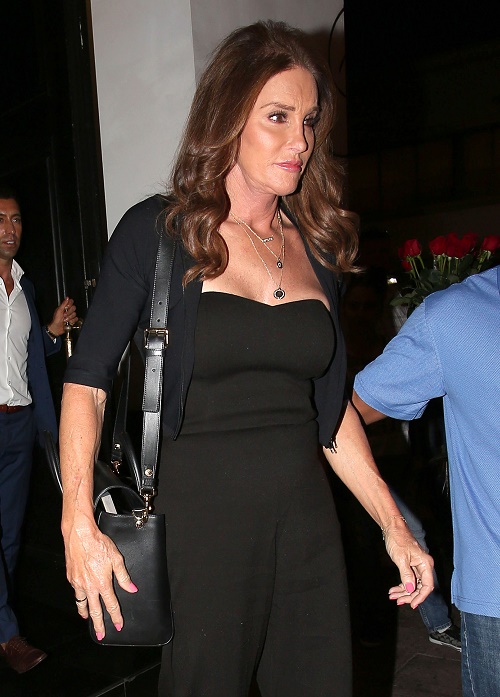 Caitlyn Jenner and her ex Kris Jenner aren’t that much different after all. At the end of the day, money talks, and Caitlyn swallowed her pride and filmed some scenes with Kris for Keeping Up With The Kardashians – despite their ongoing feud. Kris and Caitlyn hadn’t spoken since Caitlyn made her worldwide debut on the cover of Vanity Fair Magazine and threw her ex-wife under the bus, painting her as a monster. But, earlier this week, Kris was spotted at Caitlyn’s home in Malibu.

Although, at first, reports surfaced that Kris and Caitlyn had called a temporary truce to discuss their teen daughters Kendall and Kylie Jenner, now Naughty Gossip is confirming that they were actually filming scenes for Keeping Up With The Kardashians, and there was an E! camera crew in tow. Caitlyn has her own reality TV show, “I Am Cait,” however Kris’s kids are all making cameos on the show – so perhaps Caitlyn agreed to film a scene for their show in return?

Caitlyn Jenner’s new reality TV show’s ratings put Keeping Up With The Kardashians to shame. She really doesn’t need Kris and her kids – but Kris obviously needs Caitlyn. It’s unclear what sort of arrangement the two feuding divas worked out, but we are sure Kris laid the guilt on Caitlyn pretty thick. After all, if it weren’t for Kris Jenner, no one would even know nor care who Caitlyn Jenner was. She would be just another retired Olympic medal winner from decades ago. Kris’s family and reality TV show gave Caitlyn a platform, and Kris is undoubtedly rubbing that in her ex’s face.

Frankly, we’re a little disappointed in Caitlyn in caving and filming scenes for Kris. But who are we to judge – Kris Jenner can be a pretty scary lady. Why do you think Caitlyn agreed to be on KUWTK? Is she under some sort of contract with E!? Or did she do so out of the kindness of her heart, to give Kris a little ratings boost? Let us know what you think in the comments below!