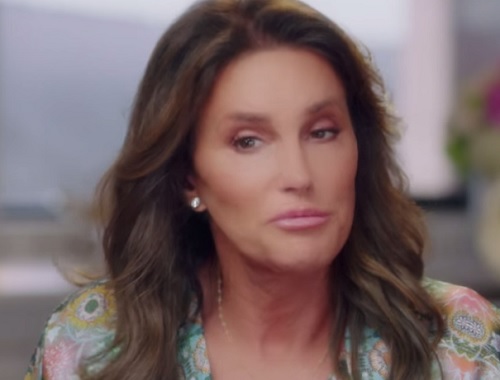 Caitlyn Jenner may own the same dresses as her ex-wife Kris Jenner, but the newly transformed diva has no desire to look like the Keeping Up With The Kardashians matriarch. She has bigger aspirations. Apparently, Caitlyn Jenner’s style icon and muse is none other than Brad Pitt’s wife Angelina Jolie! According to a new report, Caitlyn is determined to emulate the iconic actress, and has been going above and beyond to look the part.

This week’s edition of Life & Style Magazine reveals that Caitlyn Jenner decided when she delved into the world of women’s fashion that she wanted to imitate Angelina! Who can really blame her though? After all, Angelina is one of the biggest fashion icons of our time. For the ESPY Awards, Caitlyn Jenner actually hired Angelina’s personal stylist Jen Rade to help her get red-carpet ready for the big event on July 15.

An insider dished to Life & Style Magazine, “As soon as she started dressing like a woman, people began telling her that she looked like Angelina Jolie. That’s what she has been striving for, so it is the biggest compliment ever. She thinks Angelina is the most beautiful woman in the world.” According to the magazine’s source, Caitlyn isn’t going to just stop at imitating Angie’s style though – Jenner is actually planning on going the whole nine yards and getting more plastic surgery to make her appear even more like Jolie. Apparently, Caitlyn has already met with a plastic surgeon to discuss the work, but she plans to do it gradually – so it won’t appear too obvious.

I think we can all agree: that is just borderline creepy. It’s one thing to dress like Angelina, but really you’re going to get plastic surgery to look like her? Do you think Caitlyn Jenner could really pass as Angelina Jolie? Should Angie be flattered, or be beefing up her security right about now? Let us know what you think in the comments below!