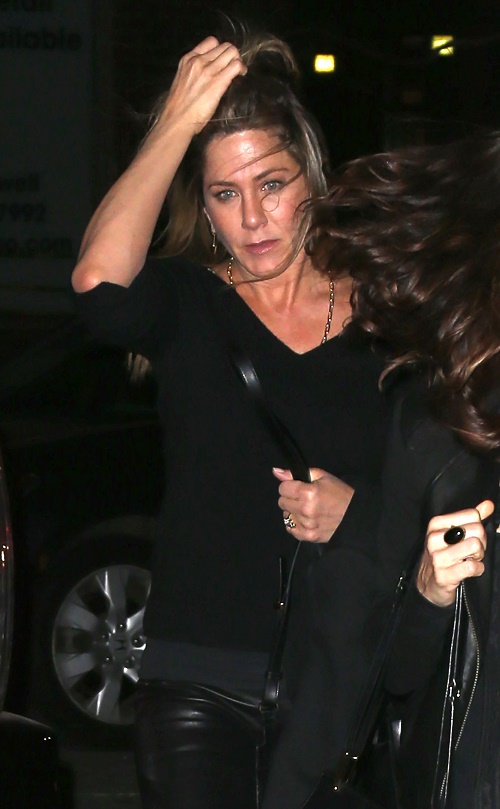 Did Jennifer Aniston cheat on Brad Pitt with her Friends co-star Matt LeBlanc? We all knew Jennifer and Matt were close – but, apparently, they were much more than just “Friends.” No wonder Rachel and Joey had such amazing chemistry! Brad Pitt received a ton of backlash when he cheated on his wife Jennifer Aniston with Angelina Jolie while filming “Mr. and Mrs. Smith,” but according to a new report – it was Jennifer Aniston who cheated first! Maybe Angelina Jolie isn’t a home-wrecker after all….

The July 27 edition of National Enquirer reveals that Jennifer Aniston carried out a long term affair with her co-star Matt LeBlanc while they were filming Friends, and they used to have hot and heavy makeout sessions in their dressing rooms right underneath Brad Pitt’s nose! Matt LeBlanc’s father Paul dished all the details to the tabloid about his son Matt’s sordid affair with Aniston.

Paul LeBlanc revealed, “Matthew got on very good with Jennifer Aniston. They would make out in the dressing rooms. He told me about it. It was when she was married to Brad Pitt!” Paul went on to reveal that his son Matt became “ruthless” when he started making money on the iconic sitcom, and he had a serious drinking problem as well.

It really is ironic that Jennifer Aniston basically built a name for herself based on the fact that she was a poor victim in Brad Pitt and Angelina Jolie’s cheating scandal – when in all actuality she was cheating too! Seriously, the media still feeds off from “poor Jen” and the fact that she is still unlucky in love and Angie and Brad have built a life together and a family. We feel like we have been played for the past decade! Do you believe that Jennifer Aniston actually cheated on Brad Pitt first? Did she and Matt LeBlanc do more than just “make out” on the set of Friends? Let us know what you think in the comments below!