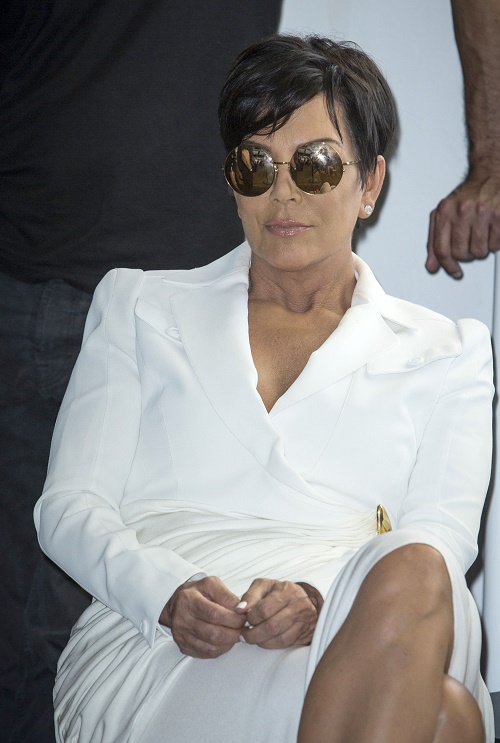 Kris Jenner is in the midst of a breakdown as a result of Caitlyn Jenner’s transition, and the Keeping Up With The Kardashians momager is reportedly using pills and booze to cope with the media firestorm and her transgender husband stealing her spotlight. Caitlyn Jenner has far exceeded Kris’s celebrity status, and in the process, trampled her former spouse and thrown Kris to the hyenas – accusing her of emotional abuse and forcing Caitlyn to lives a miserable life as a man. Kris Jenner is not handling the scandal well, and her kids are begging her to get help.

Is Kris Jenner going to be joining her son Rob in rehab? Not if she has any say in it. The troubled momager is ignoring her kids’ pleas to get help and has been on a downward spiral ever since Caitlyn Jenner’s infamous Vanity Fair Magazine cover hit the newsstands. An insider dished to Life & Style Magazine that Kris went ballistic when she read Caitlyn’s Vanity Fair article. The source reveals, “She was screaming and yelling. Then she burst in to tears and wouldn’t stop. Kris has been upset ever since Bruce first went public with his transition. The story really put her over the edge.”

Since Caitlyn implied that Kris was an image-obsessed mad woman who forced him to live as a man so that she could make an extra buck, the KUWTK momager has lost what very few fans she did have. And, According to Life & Style Magazine’s sources, Kris has turned to alcohol and prescription pills to cope with everything. The insider explained, “She’s been drinking wine, champagne, and margaritas and has been taking Xanax and Klonopin to numb the pain and ease the humiliation.” Kris’s kids have been begging her to seek help and get sober, but their pleas are falling upon deaf ears.

At this point, no one has any pity for Kris Jenner. It really is entertaining to watch her fall off from her self-appointed pedestal. Do you empathize with Kris, or are you laughing as hard as we are? Let us know what you think in the comments below!