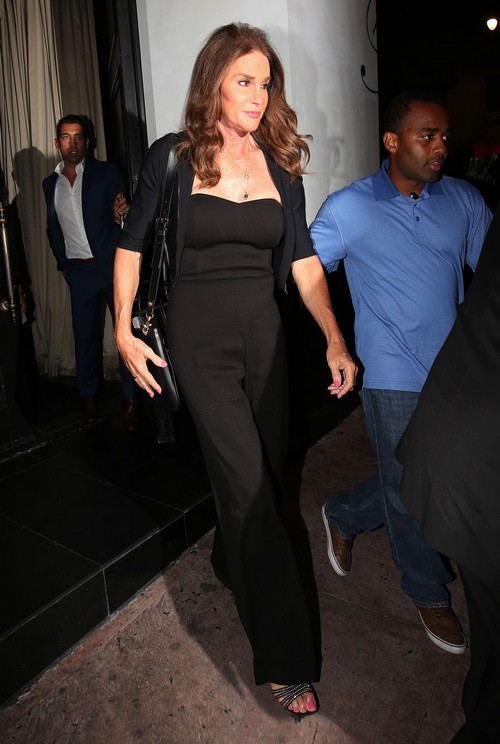 Kris Jenner has admitted defeat and paid her ex Caitlyn Jenner a visit in Malibu to call a truce and put an end to their feud. Since Caitlyn, formerly known as Bruce Jenner, made her debut on the cover of Vanity Fair Magazine – and dished in an exclusive interview about how Kris wouldn’t let her be the woman she wanted to be – the two reality TV divas have been at war. Not only did Caitlyn throw Kris under the bus and make her sound like a monster, she also cut her out a millions of dollars. Right before Caitlyn’s transition – which she knew she would make bank on – she fired Kris as her manager and got new representation so that Kris didn’t make a dime off from it.

According to a new report from TMZ, on Tuesday, July 28, Kris Jenner’s car was spotted sitting outside of Caitlyn’s house in Malibu. According to TMZ’s inside sources, Kris and Caitlyn talked through some of their issues. And they also discussed how they are going to move forward co-parenting their teen daughters Kylie and Kendall. Hate to break it to them, but I am pretty sure Kylie Jenner is far beyond “parenting” – no amount of lectures are going to be able to save her now.

We can’t help but laugh at the timing – Kris Jenner suddenly decided it was time to “make nice” with Caitlyn Jenner after the series premiere of her “I Am Cait” reality TV show on E! Network. And, just hours after the Nielsen ratings were released and it was confirmed that Caitlyn’s show brought in nearly double the viewers as Kris’s Keeping Up With The Kardashians.

It looks like Kris finally realized that she can’t compete with Caitlyn’s clout, and she might as well fall in line with her kids and just ride Caitlyn’s coattails. If you can’t beat them, join them – right? Do you think Kris genuinely wanted to make amends with Caitlyn? Or is she just trying to get a walk-on role on Caitlyn’s wildly popular new TV show, just to promote her own show? Let us know what you think in the comments below!

Caitlyn Jenner spotted out for dinner at Beso in Hollywood, California on July 29, 2015. Caitlyn’s new show ‘I Am Cait’ premiered on Sunday July 26th to huge numbers.