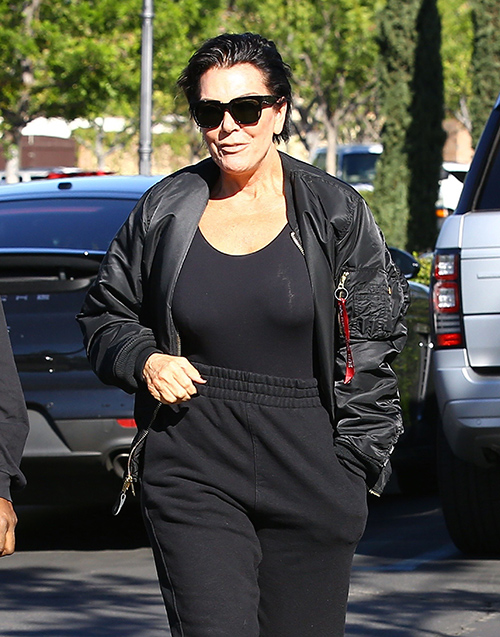 Kris Jenner is trying to do some major damage control after it was revealed that Rob Kardashian is feuding with his monster momager and Kardashian sisters once again. Rob was finally getting to a good place – and seemed to be on speaking terms with both Khloe Kardashian and Kim Kardashian – until Lamar Odom’s overdose.

When Lamar was hospitalized, Rob Kardashian was so disgusted with Kris Jenner and Kim Kardashian for showing up to the hospital with a camera crew – that he actually skipped out on their family’s Thanksgiving dinner. He also moved out of Khloe’s house because he was not happy with the way she was handling her marriage to Lamar, and he thought it was disrespectful that she was out parading around with James Harden while Lamar lied in a hospital bed.

There is nothing Kris Jenner hates more than when the world knows that Rob Kardashian won’t speak to her. The bottom line is that everyone is Team Rob, and no one blames him for cutting off his momager. Kris Jenner is always painted as the monster that she is (hey, if the shoe fits!) and Rob is always the innocent victim.

Kris Jenner sat down for a radio interview with Maria Menounos on Sirius XM and “set the record straight” about Rob – and her version of the truth is downright laughable. First of all, Kris Jenner insists that Rob still lives at Khloe’s house – which is super weird seeing as how the paparazzi snapped photos of her at Rob’s apartment just a few weeks ago. Also, that infamous Thanksgiving picture that features literally everyone EXCEPT Rob Kardashian. Kris Jenner insists it was just a fluke he was not in the photo – apparently he was at the dinner, he just happened to leave moments before they snapped the picture. How convenient!

What do you guys think? Is Kris Jenner lying to make herself look like less of a monster? Let us know what you think in the comments below!