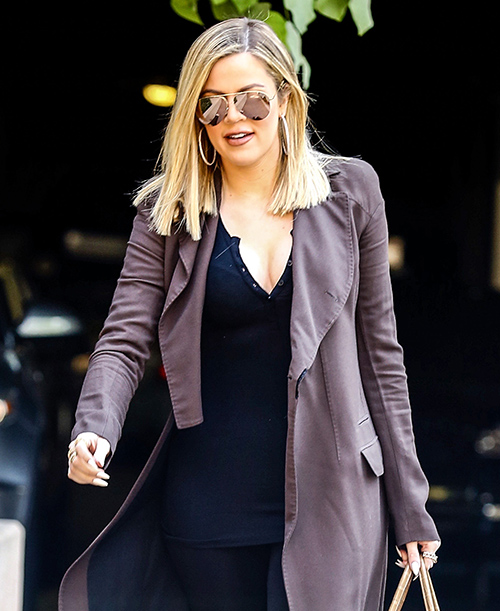 We all know that Lamar Odom and Rob Kardashian had basically the most epic bromance ever; they used to lie in bed and cuddle together! There were even a few episode of “Khloe and Lamar” that Khloe actually got jealous because of Lamar and Rob’s relationship and bond. Rumor has it that after Lamar Odom was hospitalized, Rob Kardashian actually volunteered to donate one of his own kidneys to Lamar.

So, what does Lamar’s hospitalization and overdose have to do with Rob Kardashian skipping Thanksgiving dinner and abruptly moving out of Khloe’s condo? Everything! An insider close to the Kardashian circle reveals, “Rob blames his sister for Lamar’s overdose, he says things never would have gotten this bad if Khloe hadn’t toyed with Lamar’s feelings. And, Rob was disgusted with Khloe when she stepped out with James Harden – while her husband was lying in a hospital bed.”

Of course, Khloe isn’t the only one that is currently embroiled in an epic feud with Rob Kardashian. Kris Jenner and Kim Kardashian are on his list of least favorite people as well because they showed up to the hospital with a camera crew in tow and were actually trying to profit off from Lamar Odom’s overdose.

At this point, we can’t even say that Rob Kardashian is being petty or immature. At least someone is still worried about Lamar Odom – because everyone else seems to have moved on already. Do you think that Rob is wrong to blame Khloe for Lamar’s downward spiral? Do you think that Khloe and Rob will bury the hatchet again, or was this fight the final straw? Let us know what you think in the comments below!