Are Kristen Stewart and Alicia Cargile Moving In Together? (NEW PHOTOS) 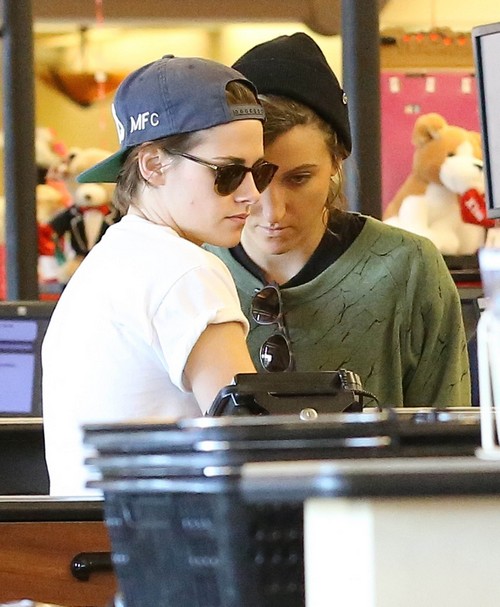 Kristen Stewart and Alicia Cargile have only been publicly dating for a few months but according to reports they are moving in together. Based on every report, Kristen Stewart and Alicia Cargile actually been in a relationship for much longer than that. They just managed to keep their romance secret from the media, largely because no one actually suspected that Kristen was bisexual or a lesbian. In fact, most people [cough, Twi-hards, cough] continued to assume that Kristen Stewart was still obsessing over Robert Pattinson, even after he began dating FKA Twigs.

Alas, a new report from In Touch Weekly claims that Kristen and Alicia are actually moving much faster than anyone suspects. In Touch’s source explains, “Kristen recently bought a huge loft in downtown LA and she asked Alicia to move in. It seemed pointless to live apart, since they were with each other every day. Riley knows Kristen would be happier if she stopped hiding her feelings. She told Kristen she shouldn’t hide who she is and who she loves.” 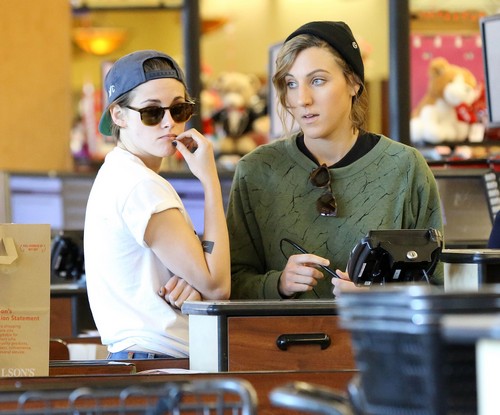 I don’t think that this is ‘hiding’ necessarily, but rather self-preservation. Coming out as gay, or even bisexual, in Hollywood still holds a lot of repercussions for one’s career, especially when it comes to big stars like Kristen Stewart. But at the same time, Kristen and Alicia have been engaging in fairly obvious PDA over the past few weeks, so Kristen’s not necessarily ‘hiding’ her relationship with Alicia either. Plus, if they have been dating for almost a year, then it makes sense that they would move in together – marriage proposals frequently happen in Hollywood in much less time.

What do you guys think about Kristen Stewart and Alicia Cargile dating and moving in together? Do you think this couple will last as long as Kristen and Robert Pattinson did, or is their romance doomed to end before it ever really  began? Let us know your thoughts in the comments below. 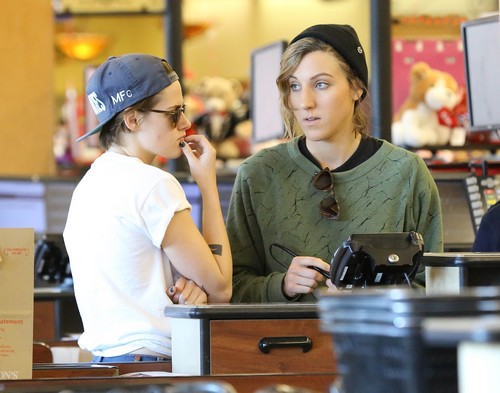 FameFlynet Photo Credit – Kristen Stewart is spotted out and about in Los Feliz, California with her rumored girlfriend Alicia Cargile on February 8, 2015.