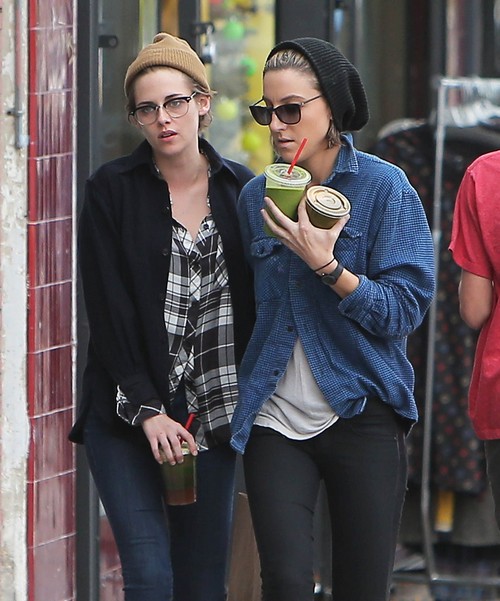 Are Kristen Stewart and Robert Pattinson are throwing FKA Twigs out of their love triangle and getting back together? Another day, another delusional Twi-hard hoping for a Robsten reunion. It’s been more than a year since Robert Pattinson and Kristen Stewart broke up, and it’s been even longer since they’ve been on good terms. Even though Rob and Kristen stayed in touch after their breakup, Rob’s string of hookups, rebounds, and ‘relationships’ have made it pretty clear where he stands on the whole Robsten reunion thing. He’s been trying desperately to leave the stench of Twilight behind him, and he’s been doing everything in his power to achieve that – grow a hipster beard, check. Get a hipster, rocker girlfriend? Check. Make only obscure, indie movies? Check.

Of course, FKA Twigs is completely using Robert Pattinson, and that’s going to come back to bite her in the ass. According to several sources [or delusional Twi-hards, because let’s be real], Kristen Stewart and Robert Pattinson have gotten back in touch! Rejoice, Twi-hards, unicorns are real again!

We can’t guarantee the veracity of this report, but we are hearing that Rob and FKA are still going strong, so it might not be time for celebration just yet. What we are hearing is that Rob has been feeling nostalgic about his relationship with Kristen, and has gotten back in touch with her to see how she’s doing.

Well, Kristen Stewart’s latest movie got cancelled and she’s still single after two years – so all in all, I’d say she’s not doing so hot. But if she and Rob are keeping in touch – and it’s only a matter of time before Rob and FKA break up – then a Robsten reunion really isn’t out of the question after all.

What do you guys think? Could Robert Pattinson be dumping FKA Twigs for Kristen Stewart sometime in the future? Will the Twi-hard love triangle finally reach an end? Let us know your thoughts in the comments below.

Update: We must congratulate Gossip Cop. Unlike many other sites which copy CDL’s original and exclusive posts at least Gossip Cop credits us! Perhaps one day they will learn to link?