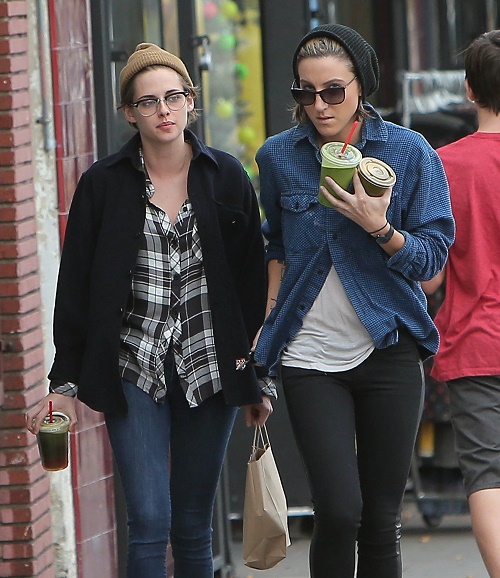 Kristen Stewart is having the worst luck, in her personal life and her professional one. In fact, it’s been a few years of steady bad luck, and the only bright spot has been her well-reviewed performance in Still Alice, even though her Oscar campaign for that never panned out. And now, Kristen is going to have a little more to worry about than not getting an Oscar nomination this year – according to recent reports, production on Kristen’s latest movie The Big Shoe has been cancelled.

The film was supposed to shoot in Cape Town and co-star Elizabeth Banks and Jim Sturgess [neither of whom are household names], but the South African Film Fund reportedly didn’t cough up part of the production fund. Without proper financing available, the film’s production had to be halted and ultimately cancelled.

Is this a Twilight curse? Robert Pattinson’s recent ‘Idol’s Eye’ also got cancelled, and that starred Robert De Niro, for goodness sake. Being a famous person no longer guarantees financing, unless you’re Angelina Jolie or Brad Pitt. And while Kristen Stewart may have her army of Twi-hards following her every move online, that doesn’t put her anywhere near Brangelina levels of fame and power. Plus, Kristen’s actually never proven that she could open an indie movie on her name alone, and The Big Shoe is certainly an indie film. The producers and financiers clearly weren’t willing to risk their money on Kristen Stewart, especially when she hasn’t turned out a financially successful movie since the Twilight franchise and Snow White and the Huntsman – and Universal has already dumped her from the Snow White sequel!

What do you guys think about production on The Big Shoe getting cancelled? Is this further cause for worry regarding Kristen Stewart’s career, or just a minor setback? Let us know your thoughts in the comments below.