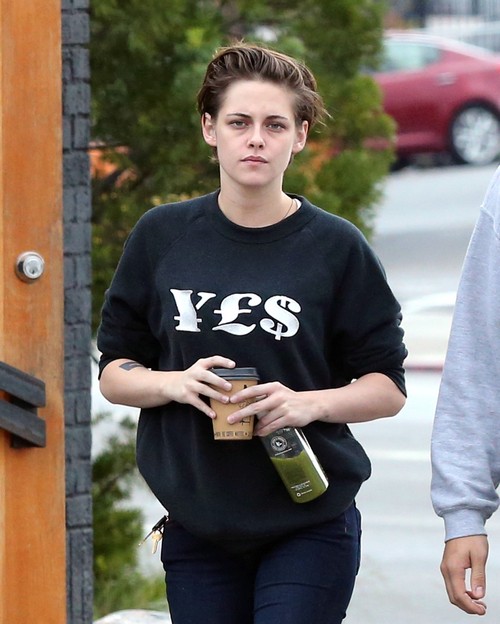 Kristen Stewart is disgusted because she knows that without Robert Pattinson as her boyfriend Vogue would never feature FKA Twigs nor award the singer 2015 Breakout Star title. In fact this latest travesty just convinces Kristen Stewart that FKA Twigs is still using Robert Pattinson to boost her career. FKA Twigs just isn’t slowing down, is she? After famewhoring her way to the top of music charts and interviews with Rolling Stone Magazine and The Telegraph, FKA Twigs is now being featured in the 2015 January issue of Vogue Magazine. She reportedly landed the coveted title of ‘2015 Breakout Star’, when in reality, she never would have gotten this feature or title without her relationship with Robert Pattinson.

Seriously, remember this is coming from the same girl who claimed that she didn’t want to be famous, and that being connected to Robert Pattinson was just a part of her life she was ‘adjusting’ to. Yeah, I’m sure the adjustment has been really hard, FKA Twigs. I’m sure.

Even if we’re not being cynical about Robert Pattinson’s relationship with FKA Twigs, there’s the mere fact that Rob follows FKA around like a lost puppy dog and/or another member of her entourage. Plus, FKA’s concerts didn’t start selling out in bulk until her romance with Rob went public, and that can’t be a coincidence, can it?

There’s also the question of just how much Robert Pattinson realizes, and by extension, how his ex-girlfriend Kristen Stewart feels about the whole ordeal. Kristen Stewart has remained single for two years, and many of our sources claim that she’s just waiting for Rob to come to his senses and dump FKA Twigs. However, whether he does that or not, Kristen’s probably seething at FKA’s inclusion in Vogue Magazine. After all, it took Kristen a few years of hard work to land a Vogue feature, when in reality, all she had to do was date a famous actor.

What do you guys think about FKA Twigs landing the 2014 Breakout Star in the January issue of Vogue Magazine? Let us know your thoughts in the comments below.