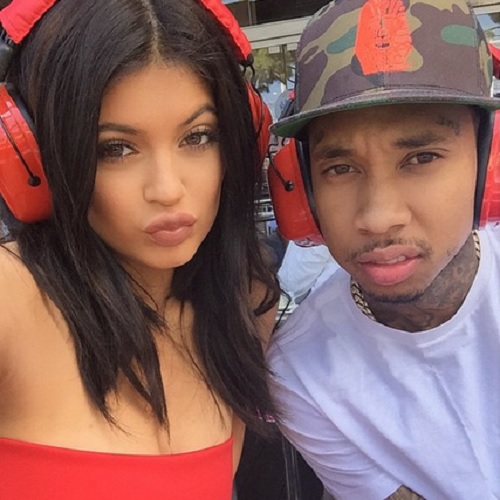 Kylie Jenner and Tyga are reportedly planning to elope and get married when Kylie turns 18 years old and is legally an adult – but that’s not all that they have in store for the big day. Tyga scored his own reality TV show on MTV called “Kingin’ With Tyga,” which is set to debut on July 24, obviously his 17 year old girlfriend will be starring alongside him. What Kylie’s family doesn’t know – is she has no intention of returning to Keeping Up With The Kardashians now that she has a new gig.

Kylie Jenner has had a chip on her shoulders for several years, we have watched her argue with Kris, Bruce, and all of her sisters on Keeping Up With The Kardashians. Multiple sources have reported over the years that Kylie literally cannot stand her momager, Kris Jenner, and can’t wait to turn 18 years old so that she can be out from under her mother’s foot for good. And, “Kingin With Kylie” is the perfect opportunity for Kylie to do her own thing and distance herself from the Kardashians.

An insider close to Kylie’s circle reported, “Once Kylie is 18 years old, she has no intention of filming Keeping Up With The Kardashians anymore. She is sick of her mother Kris, and all of the drama that comes with the Kardashians. Kylie thinks that she and Tyga can build their own empire – between his businesses, her endorsements, their reality TV show, and both of their music. Kylie already changed her username on Instagram to “King Kylie” to start promoting their show.”

We can’t even say that we blame Kylie for wanting to cut ties with the Kardashians. After all, her mother, Kris Jenner, has been basically using her as a cash cow her entire life. Maybe she wants to make money on her own without having to throw her mom a percentage for doing relatively nothing. Do you guys think that Kylie and Tyga’s show will do well? Or is it only a matter of time before she has to go crawling back to Keeping Up With The Kardashians? Let us know what you think in the comments below!