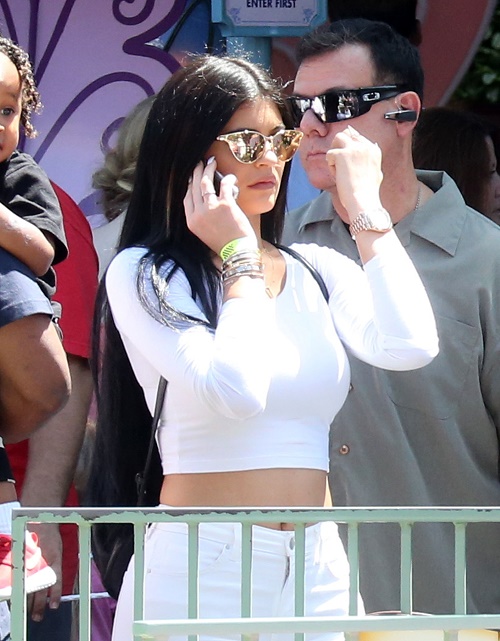 The Kendall Jenner and Selena Gomez feud is still alive and well, and it looks like Kylie Jenner has kicked her pal Selena Gomez to the curb and taken her big sister’s side. In May 2015, everyone was shocked to see that Kylie Jenner and Selena Gomez buried the hatchet, and they were photographed hanging out in Napa Valley together. Word on the internet was that Selena was actually mentoring Kylie and helping her out with her aspiring music career. But that was short-lived and Kylie has apparently kicked Selena to the curb and rejoined Team Kendall.

Kendall Jenner recently slammed Selena Gomez and began spreading rumors about her and telling her friends how “pathetic” the “I Want You To Know” singer was for taking back Justin Bieber. Obviously, Selena wasn’t pleased with Kendall, but that was only half of it, she also lost her newly reconciled friendship with Kylie too! Apparently, when the battle lines were drawn, Kylie had no choice but to drop her friendship with Selena and taker her big sister’s side – whether she was right or wrong.

According to Naughty Gossip’s inside sources, Kylie texted Selena and let her down easy. Their source dished, “Kylie was texting with Selena and told her that Kendall really just needs a lot of space right now – and she can’t be bothered with so much negativity that is coming from Selena. She wants to be left alone.”

We get that blood is thicker than water and all that, but how much longer is 17-year-old Kylie going to blindly follow her older sister? Kylie can’t just keep cutting off every friend of her’s that Kendall has an issue with, they’re supposed to be adults now, and they’re still running around acting like middle school girls. “Sorry, Selena, I changed my mind, I still can’t be friends with you because my sister doesn’t like you.” Do you think Kylie was right to stand by her big sister, or is it time that she started hanging out with who she pleases? Was it wrong of her to ditch Selena like that? Let us know what you think in the comments below!