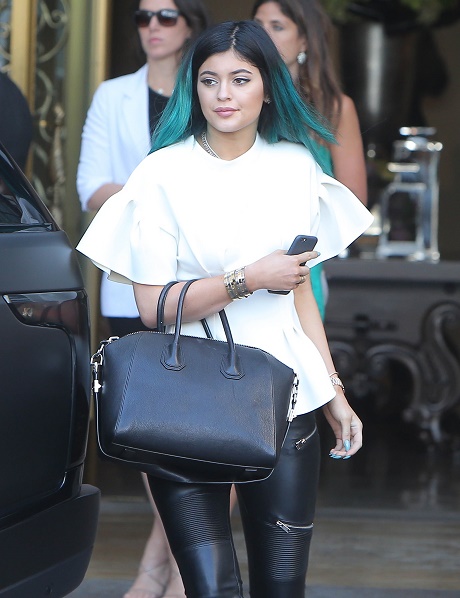 Will Kylie Jenner pay her boyfriend Tyga’s sexual assault lawsuit off for him? Since 17-year-old Keeping Up With The Kardashians star Kylie Jenner began dating the 25-year-old rapper, there has been a lot of controversy surrounding their relationship – after all she is still a minor. What a lot of people don’t realize is that back in 2011 Tyga was actually taken to court over a sexual assault lawsuit.

Back when Tyga still made music, and wasn’t feuding with Nicki Minaj, he filmed a rap video. One of his video vixens, a 25 year old named Allison Brown, took Tyga to court and alleged that during the video Tyga and his team got her blackout drunk, forced her to appear on camera topless, and then recorded someone in a large rabbit suit completely violating her and “dry humping” her. The judge ordered Tyga to pay Brown $50,000. He paid half of it, but still to this day owes Allison $25,000. The video vixen reportedly went back to court and demanded the rest of her money.

The thing is, Tyga is reportedly broke – and rumor has it that he has been living off his girlfriend, Kylie Jenner, who recently bought a mansion in Calabasas and is doing relatively well pimping herself out for endorsements. Multiple sources have blabbed to news outlets that Kylie basically pays for everything, and Tyga is having some financial woes and can barely afford to cough up child support to his baby-mama, Blac Chyna. So will Tyga be able to convince his teenage girlfriend to pay off his sexual assault suit to Allison Brown? A source close to the controversial couple says that Kylie can “never say no,” to Tyga – and she has most likely already cut the check to the video vixen.

Do you think that Tyga is using Kylie Jenner? Or is their relationship the real deal? What do you think about Kylie Jenner dating Tyga in the first place? Do you think Kylie will pay off the $25,000 to make her boyfriend’s sexual assault lawsuit go away? Let us know what you think in the comments below!