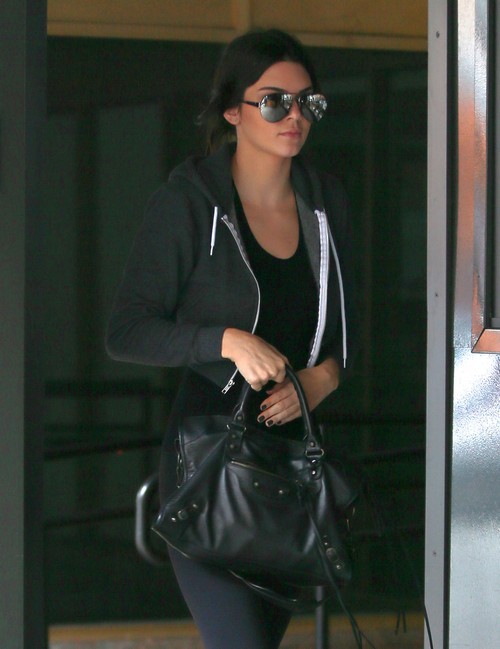 Kendall Jenner and Selena Gomez’s feud is far from over. Kendall and Selena had a huge falling out over Justin Bieber in 2014 when Selena reportedly walked in on her boyfriend and bestie in bed together after a night of hard-partying at Coachella. Since then Kendall has been rumored to be hooking up with Bieber off and on, and so has Selena. Hailey Baldwin, Kendall’s good buddy, has also been trying Justin Bieber on for size recently. Recently Selena Gomez reconnected with Kendall’s little sister Kylie Jenner – but don’t expect Kendall and Selena to be burying the hatchet any time soon.

We always thought that Selena Gomez was the reason the two girls parted ways – after all who would want to be friends with someone who was cheating with your boyfriend behind your back? But, according to a new report, even if Selena did forgive Kendall – Kendall has no interest in being friends with her again. Kendall Jenner thinks that Selena Gomez is “pathetic!”

Naughty Gossip’s inside source dished, “Kendall told a bunch of Selena’s friends that she is pathetic for being so obsessed with Justin. He’s just a boy and she’s bringing herself way down by attaching herself to him. Kendall thinks Selena needs to grow up.” Wow, that’s not harsh at all, tell us how you really feel Kendall!

Although Kendall’s statements about Selena are a bit brutal, we’re going to have to agree with the Keeping Up With The Kardashians star on this one. Selena Gomez lost a lot of people’s respect by taking Justin back over and over and over, after he blatantly cheated on her with more girls than we could count on both hands. “Pathetic” is a little harsh, but hey if the shoe fits…

Do you agree with Kendall Jenner? Do you think Selena Gomez is “pathetic” when it comes to Justin Bieber? Is it hard to take Selena seriously when she keeps going back to a guy that publicly disrespected her and treated her horribly? On the other hand, with Kendall Jenner having ridiculous sisters like Kourtney Kardashian (Scott Disck) and Khloe Kardashian (every man she’s been with) is she in a position to call out Selena as pathetic? Is anyone more pathetic than Kourtney in this regard – at least Selena hasn’t had 3 kids with a cheater who acts like he can’t stand to be with her, right? We think Kendall is either jealous of Selena or trying to clear out the opposition so that her pal Hailey Badwin can grab an available Biebs.