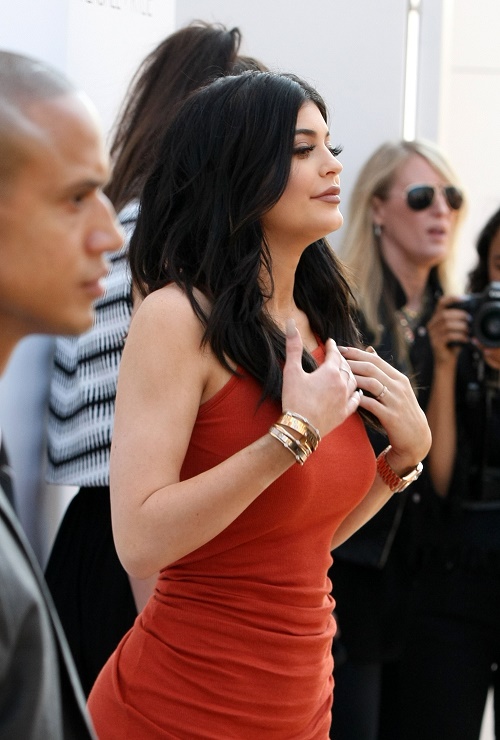 Kylie Jenner is going to try her hand at singing and is reportedly working on her debut album, encouraged of course by her boyfriend Tyga. Why do celebrities think that just because they have money they can do anything they want? Here’s a lesson for everyone who is either rich or famous; no matter how much money you have, you cannot buy talent. Money does not equal talent. How many times do we have to say it.

Apparently, we haven’t said it enough because a new report on Us Weekly is stating that Kylie Jenner will soon be venturing into a new field. Sources are stating that Kylie will be dabbling in the music industry, and that she is even working on an album as we speak.

So who’s to blame for this horrible idea? Well, sources have revealed that Kylie Jenner’s not so secret boyfriend Tyga has encouraged her to try her luck at music, and, as if things couldn’t get any worse, that Tyga will actually be producing the album himself.

According to Us Weekly, Kris Jenner is supporting Kylie and her delusional singing aspirations, and has put her daughter in voice lessons. Kris insists that Kylie sounds “amazing.” You mean as amazing as Kim Kardashian sounded when she released her flop of a song?

A source reveals that Kylie’s music will sound a lot like Tinashe’s music. This is an even worse idea. First, Tinashe can actually sing, she just chooses not to showcase her voice to its maximum capability, and Tinashe has the style to make cool R&B music. Something tells us that a rich white girl from The Valley is going to miss that mark completely.

Regardless, if Kylie Jenner is dead set on recently her own original music, there’s nothing we can do to stop this train wreck that’s about to happen. The sad part is, Kylie’s fans will probably support her and buy her music, and if they don’t Kris Jenner will make sure it sells through her own means.

What do you think about Kylie Jenner releasing original music? Are you excited to buy her album or excited to watch it flop? Let us know in the comments below.