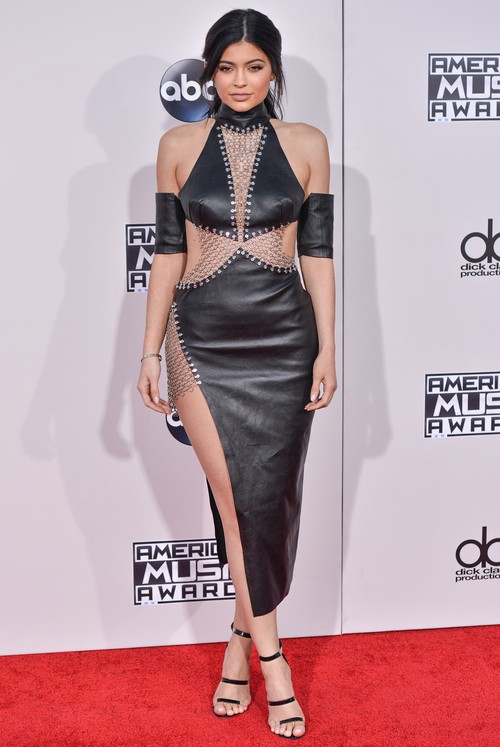 Kylie Jenner has already forgiven Tyga and taken back her rapper boyfriend after yet another cheating scandal involving a stripper. Kylie was so mad when she learned that Tyga was being unfaithful again that she ditched the “Rack City” rapper on his 26th birthday.

Jenner must not have been too mad though because she took him right back the very next day.

While everyone was still talking about the birthday party snub by Kylie Jenner and her whole family, Kylie and Tyga were busy making up. The break up speculation stopped when Jenner posted a SnapChat photo of herself and Tyga sitting side by side with the message, “Everyone needs to chill.”

It seems that the 18-year old reality star and her rapper boyfriend got over their blowout fight before anyone even figured out the whole story.

According to multiple reports, Kylie Jenner broke things off with Tyga after a year of dating when she returned home from a Melbourne trip the day before his birthday. Kylie allegedly found evidence that her “Rack City” rapper boyfriend had been messing around behind her back during the trip and dumped him immediately.

The breakup story was backed up by the fact that not a single Kardashian or Jenner wished Tyga a happy birthday on social media. Kylie made sure to drive the point home when she skipped Tyga’s birthday party and then headed for the same club, The Nice Guy, on the following night only to leave with a different rapper.

Kylie was seen getting into an SUV with A$AP Rocky on Friday night but there is no word if she ended up going home with A$AP or if it was just a stunt to make Tyga jealous.

Kylie and Tyga haven’t commented on the status of their relationship or confirmed that they are back together yet but it’s pretty obvious that the “Keeping Up With The Kardashians” star has already forgiven her man. Tyga reportedly denied doing anything wrong while Kylie was gone this time.

Just like how he denied sending those text messages to Blac Chyna over the summer and he also denied having a fling with a transgender model. There is always a ton of evidence but Kylie either believes Tyga or just doesn’t care.

Anyway, if things were so bad with Kylie and Tyga then they probably wouldn’t have arrived together at the American Music Awards on Sunday, November 22. The reality star and her rapper boyfriend separated as soon as they got to the awards show but People magazine reported that Tyga and Kylie rode in together.

Kylie ditched Tyga to walk the red carpet with her sister Kendall Jenner. When Kylie took the stage at the AMAs to announce the winner for best rap/hip hop album, Tyga was the first one on his feet and cheering for his girl.