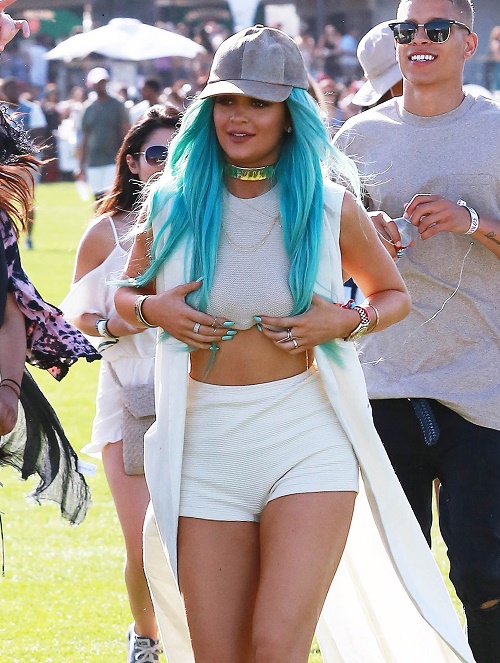 Kylie Jenner, 17, is finally addressing the rumors that she has been under the knife and had plastic surgery, including filling her lips. She recently has been criticized for allegedly getting plastic surgery to enhance her lips. Well, the young socialite, and little sister to Kim Kardashian, is finally speaking out on these claims.

She chatted with Grazia Magazine in the UK and said, “I’m like, stop talking about my lips. I haven’t had plastic surgery. I’ve never been under the knife. People flashback to pictures of me when I was 12 and say ‘Kylie’s so different’ but how can I look the same from 12-18?”

The young reality star recently told E! News “I love lip liner and over lining my lips. But I don’t even care anymore. I’m like whatever, just say what you want.”

Despite her claims to E! News, the rumors would not stop, but can you blame them? She finally tweeted and said, “How long are we gonna talk about this lip thing lmao. Let’s get our lives together guys and talk about some important s**t. Just talk about something new at least. I’m bored.”

We have to admit, it does look like Kylie Jenner has gone under the knife before, even though she is denying those claims. Her whole body looks different, not just her lips. It looks like she could’ve had breast implants, a nose job, and a lip job. Of course, some of this could be from contouring, but still, we don’t think that her make up skills are that great.

When you spend your whole life in front of a camera for national television, and have rich parents that will give you whatever you want, I guess plastic surgery at the age of 17 seems logical. She first appeared on Keeping Up With The Kardashians when she was just nine years old.

Honestly, we think Kylie Jenner has the Rich Kid Rebellious Syndrome that Jaden and Willow Smith have. So, we want to know what you think. Do you believe Kylie Jenner when she says that she has never been under the knife, or is that a complete lie? Let us know in the comments.