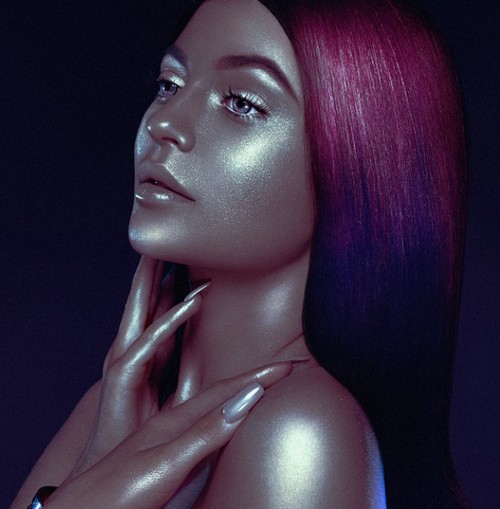 If Tyga isn’t disgusted with Kylie Jenner and her blackface scandal then he should be. Kylie Jenner is a very, very smart person, clearly. She’s so smart that she poses in blackface, and then claims that it’s due to lighting and tinting and all sorts of other ridiculous explanations. Yes, the photo wasn’t a straightforward pose in blackface, and yes, Kylie claims that the blackface effect is due to neon and blacklights. In fact, the exact words on the Instagram photo were, “Making MAGiC w/ KYLiZZLE. PEEPS BE GETTING TURNT UP ON THIS SKIN SITCH. BLACK LIGHTS & NEON. Does no body know about lighting ?? #CALMitDOWN #ChrisDylanHair #makeupbyJOYCE.”

First of all, these people need to learn English. Second of all, Kylie Jenner immediately took to her Twitter at the first hint of backlash, tweeting, “So just got the time to head on social media lol.. The photographer used a black light & neon lights for those photos. Yes, In another world I wish I could have pink hair & blue eyes & covered in sparkles. But in this world I’m happy w the way God created me. Happy Easter everybody.” 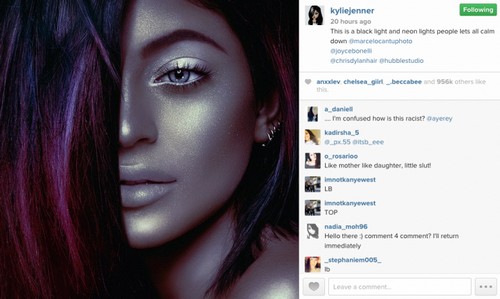 Yes, except black and neon lights don’t magically make your skin five shades darker. They may add a glowing effect to your skin and change the effect of the photo, but there is significant makeup being used in these photos that Kylie Jenner just can’t explain away. Does Kylie Jenner think that because she’s banging a black dude that she get’s to be racially offensive?

Plus, it’s getting to the point where the Kardashians – and Kylie Jenner, in particular – have been in the news solely for all the negative publicity. Kylie hasn’t had an iota of positive PR in weeks, and it’s bound to strain on her personal relationships – including her relationship with Tyga. In fact, sources tell us that Tyga is actually thinking of dumping Kylie, especially since people are judging him for dating her. They’ve been together for years, but at a certain point, I’m sure even Tyga is tiring of her immature antics.

What do you guys think? Will Tyga actually end up dumping Kylie Jenner after all this time? Or is this just another rumor cooked up by Kris Jenner, hoping that if she says it enough, it’ll end up coming true? Let us know your thoughts in the comments below. 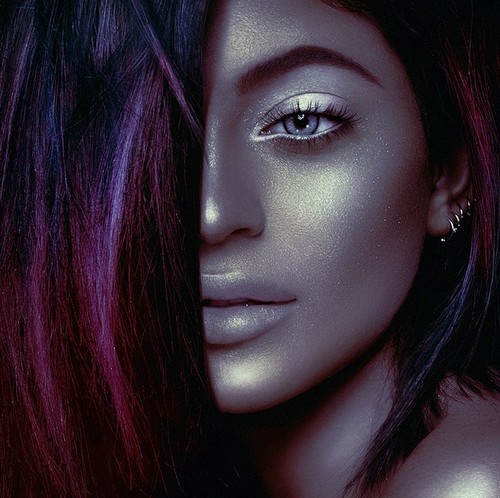