Lamar Odom Wants To Get Back Together With Khloe Kardashian: Jealous Because She Is Dating Rick Fox? 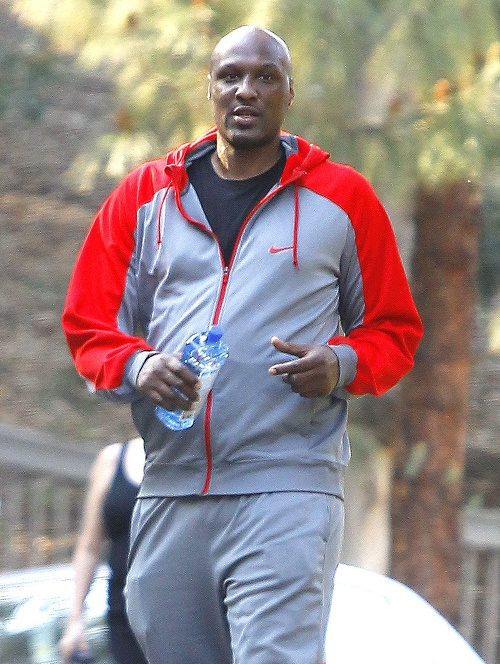 Are Lamar Odom and Khloe Kardashian getting back together?  Lamar seems to think so!  The Keeping Up With The Kardashians star and basketball playing husband have been separated for nearly two years now – and supposedly getting a divorce, but the paperwork seems to be too much for them to handle.  According to Khloe the reason that she is still married to Lamar is because he won’t sign the divorce papers, outside sources say it is because Khloe is trying to squeeze every penny she can out of her ex, and Lamar seems to think it is because they are still in love.

Despite the fact that Khloe Kardashian has dated a slew of guys since her break-up from Lamar, he seems to think that the reality TV star is still “his girl.”  Lamar was recently stopped by a reporter and questioned about the status of his relationship with Khloe, on video the reported asked Lamar if he thought they could be getting back together and Lamar replied “Of course, that’s my wife.”  Now, either Lamar Odom is the most optimistic man EVER – or he is completely delusional.

Ironically, Lamar’s recent profession of his love for his wife Khloe came about a day after she was spotted out on a date with Rick Fox.  Call us crazy, but it kind of sounds like Lamar is jealous that Khloe is dating a different NBA player – and has decided that he wants his wife back.  It can’t be a coincidence that Lamar Odom suddenly wants to work on his marriage and reunite with his wife less than 24 hours after she stepped out to a late dinner with her new rumored boyfriend Rick Fox.

Do you think that Khloe and Lamar could still work out their marriage, or should they just sign the divorce papers already?  Is Lamar just jealous because Khloe started dating Rick Fox?  Let us know what you think in the comments below!