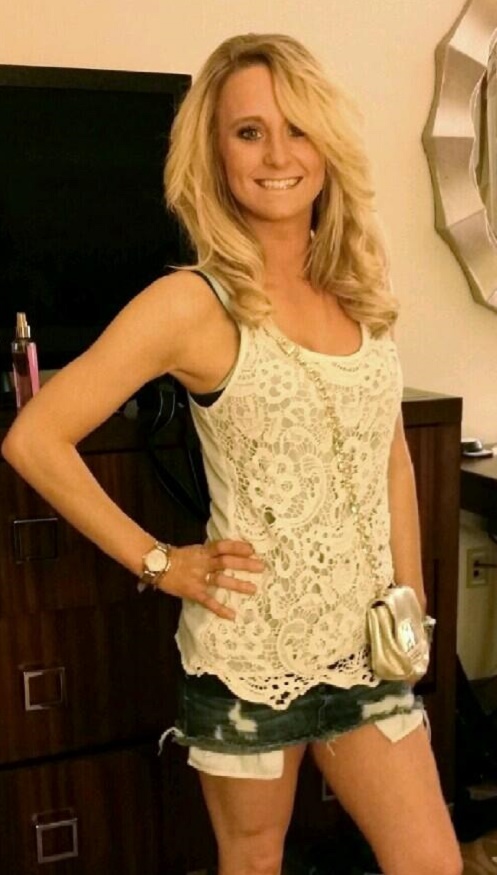 Teen Mom 2 star Leah Messer is in the middle of a messy divorce from her husband, Jeremy Calvert. Leah and Jeremy’s marriage has been in trouble for months, and this is actually the second time they have begun divorce proceedings. In October 2014, Jeremy filed for divorce from Leah on the grounds that she was cheating on him – but, according to a new report, Jeremy is just as much a cheater as Leah is, and he has been hooking up with girls he meets on the internet!

According to a new report – Jeremy Calvert met tattoo model Melissa Marie on Twitter, and after chatting with her online and sending her nude pictures, Jeremy arranged for Melissa to meet him at a hotel in Ohio where they spent an entire weekend together hooking up. And the entire time Jeremy was still married to Leah – and accusing her of cheating on him!

A pal close to Melissa Marie exclusively dished to Radar Online about Melissa and Jeremy’s relationship, “They definitely had sex. He wasn’t trying to keep it a secret, they were out in public and he didn’t try to hide her.” But, after their weekend together and Jeremy professed his love to the tattoo model – he never spoke to her again and went home and posted photos online of him and his wife. Radar’s source goes on to reveal that Melissa Marie wasn’t Jeremy’s only mistress – he was also hooking up with another girl named Brittany Musick at the same time!

Out of all of the baby-daddies on Teen Mom, we genuinely thought Jeremy Calvert was a good guy, it’s crazy what a little bit of reality TV fame can do to people. And what is even crazier is that Jeremy kept accusing Leah Messer of cheating – but he was doing the same thing, if not more! Hypocrisy at its finest. Are you shocked that Jeremy Calvert was cheating on Leah with women he met on the internet? Let us know what you think in the comments below!