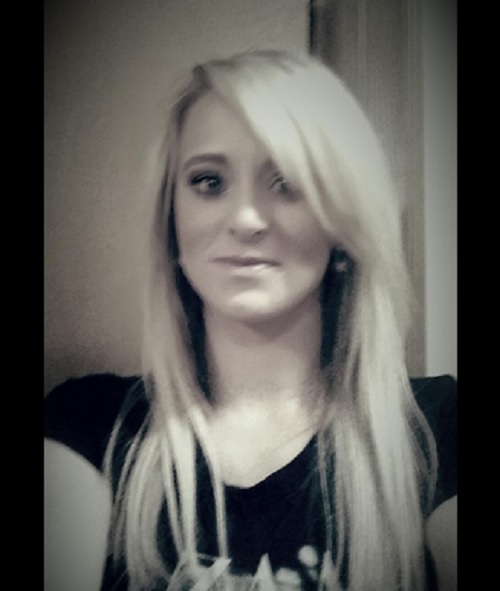 Teen Mom 2 star Leah Messer is currently battling her baby-daddy Corey Simms for custody of their twin daughters…again. Over the course of the last few months, Leah Messer has been giving her trashy co-star Jenelle Evans a run for her money, and a video was released of her clearly high allegedly on prescription pills and nodding off. Since then, Leah has been dealing with cheating scandals and her current divorce from Jeremy Calvert, all while completing a stint in rehab for drug addiction and emotional issues.

Since Leah checked in to rehab, news hit the internet that her baby-daddy Corey Simms was taking Messer back to court because he wanted custody of their twin daughters, and it has reportedly taking a huge toll on Leah and the stress of the custody battle is threatening her sobriety.

According to a new report from Radar Online, Leah Messer’s drug woes and other issues are a result of her “traumatic childhood” and there is more to the Teen Mom 2 star than what meets the eye. Apparently, Leah had a lot of issues growing up that she never disclosed on the MTV reality TV show. An insider dished to Radar that Leah Messer has been hiding a “dark secret” about her childhood and that is what has caused her drug addiction and anxiety issues.

The source explained, “Of course she is getting help for her drug problem, but she is also learning to cope with her past. She was far more emotionally disturbed and her addiction was already serious at that point. No one knew what to do.” The insider went on to reveal that Leah’s friends and family had caught her “sobbing and panicking for no reason” on multiple occasions, and her husband Jeremy has been trying to get her to seek help since 2014.

So do you think that Leah Messer will be able to turn her life around? What do you think the “dark secret” is that she has been hiding from her childhood? Was she a victim of some sort of abuse? Let us know what you think in the comments below!