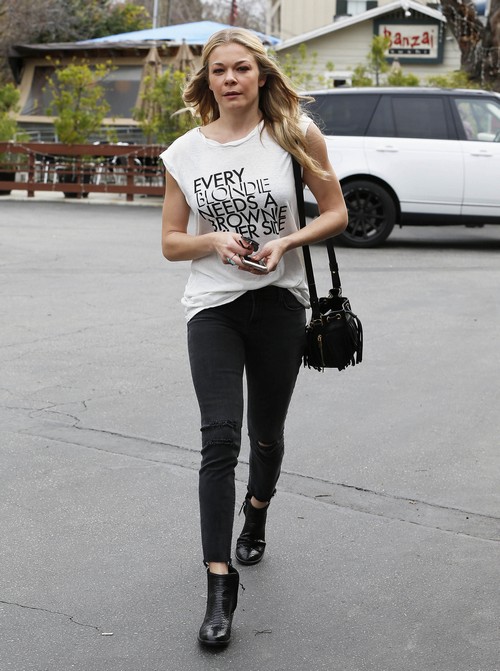 Looks like LeAnn Rimes’ Ex Dean Sheremet will reveal her ugly secrets in an upcoming tell-all book. LeAnn Rimes seems like the kind of person that other people would write tell-all books about. She’s famous, but she’s completely ridiculous and a giant famewhore, so nobody would ever feel bad about writing such a book. Plus, there is so MUCH drama in her life that even though nobody really cares, it will be akin to reading a fictional novel about a completely ridiculous person living in LA. As such, it’s almost exciting to hear that LeAnn Rimes’ ex-husband, Dean Sheremet, is planning to write a tell-all book about her.

In Touch Weekly reports, “Dean Sheremet has received multiple big-money offers from publishers and is deciding who to go with. LeAnn treated Dean like garbage and privately never had any remorse.” Of course, LeAnn Rimes will try her very best to keep this book from being published, but In Touch’s sources are confident that she won’t succeed. They explain, “I’m sure she’ll try, but LeAnn has no control because she didn’t get Dean to sign a nondisclosure agreement after their split. But she was so cheap, she didn’t offer him a penny. Dean said no way. She was nasty and really took advantage of him.”

Well, it’s LeAnn Rimes. And even though this report makes it seem as though she wouldn’t want a tell-all book out there, she might just change her mind of she gets offered money and/or publicity. I mean, she was willing to sell her marriage to Eddie Cibrian to VH1 for a paltry contract, so really, how different is this? Nothing that LeAnn’s ex-husband says will surprise people who know what LeAnn is capable of, so really, she should be thankful that she’s relevant enough for publishers to actually offer big deals to Dean.