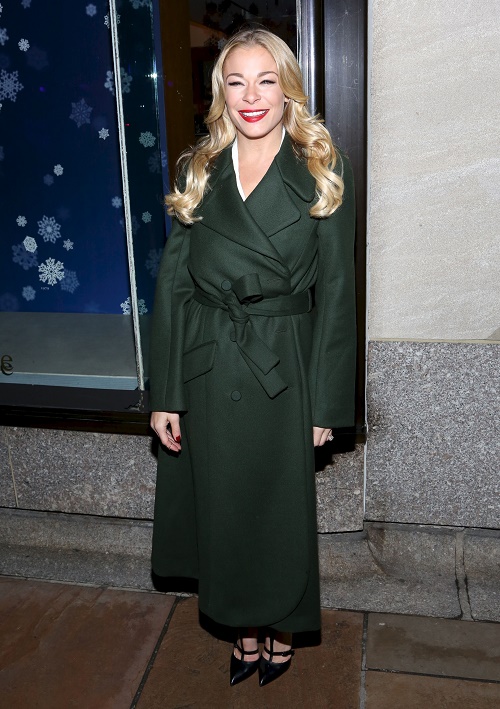 LeAnn Rimes may have finally gotten pregnant with Eddie Cibrian’s baby, but it isn’t enough to stop her husband from cheating. It’s no secret that LeAnn Rimes has been trying to get pregnant for over a year, the controversial country singer confirmed the rumors of her fertility woes and desire to have a baby in her and Eddie’s reality TV show on VH1 in 2014.

According to a new report from Star Magazine, LeAnn is finally pregnant with baby number one after over a year of grueling IVF treatments. But, the baby is too little too late, her husband has already Eddie Cibrian has already emotionally checked out of their marriage and is rumored ot be hooking up with his ex-wife Real Housewives of Beverly Hills star Brandi Glanville.

The January 26th edition of Star Magazine reveals, “LeAnn’s close friends believe she is pregnant. She’s not telling anyone yet, but she is being super cautious about everything she eats and hasn’t been drinking alcohol – which is rare for her. She’s obsessed with looking at baby clothes and nursery furniture, and she keeps talking about baby names! All of the signs are there.”

You know that old wives’ tale about babies saving marriages? Well, that certainly doesn’t seem to be the case for Eddie and LeAnn. A snitch close to the couple told Star, “LeAnn has wanted a baby with Eddie so badly that it consumed her. But, Eddie never shared LeAnn’s baby fever. He already has two sons and has never shown much interest in having any more children. This whole process, all the money they spent on IVF treatments was for LeAnn – and LeAnn alone.”

As a matter of fact, not only is Eddie completely uninterested in his wife’s pregnancy, he is reportedly hooking up with her nemesis and his old flame Brandi Glanville again! Sources are reporting that Eddie and Brandi are on speaking terms again and spending a lot of time together “for the children,” and if they aren’t already sleeping together again – then it is only a matter of time before they are.

So, do you think that this is just the beginning of the end of LeAnn and Eddie’s marriage? Is LeAnn Rimes going to be raising this baby alone? Do you believe the rumors that Eddie and Brandi are sleeping together again? Let us know what you think in the comments below!