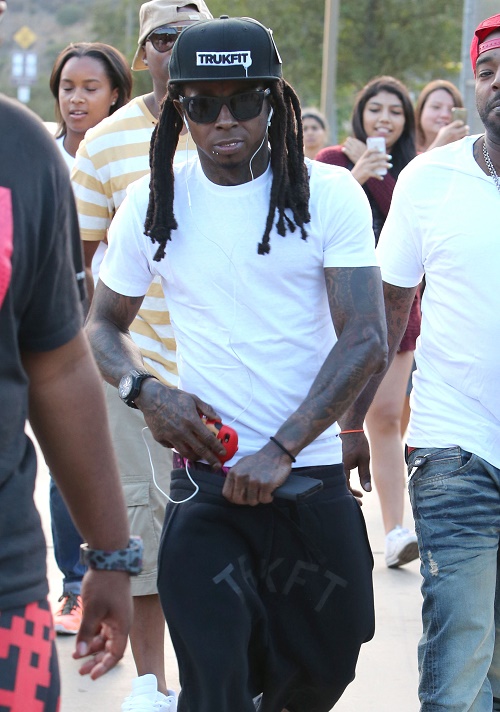 Rapper Lil Wayne is being sued by his former tour bus driver claiming that Wayne threatened to “KILL him,” and forced the driver speed to the hotel, all while Wayne pointed a loaded gun at the driver. What!?

TMZ and Page Six received copies of the lawsuit, which claims that Maryland resident Mark Jones was hired to drive Lil Wayne’s tour bus for his 2014 summer tour. Jones claims that the incident went down after a concert at the Darien Lake Performing Arts Center in New York on August 8, 2014. The lawsuit was filed with the Manhattan Supreme Court.

In the papers, Jones claims that he politely told Lil Wayne that he would need top stop for gas first, but when he pulled into the station, the rapper began “yelling and cursing.”

Lil Wayne, who wanted to return to highway immediately, allegedly said he would pistol whip Jones, have his security guards beat him, and even “kill” him.

Things only escalated from here when Wayne asked for a passenger in the book to bring a cocked gun to the front of the bus. Jones claims that at Wayne pointed the gun directly at him and said, “I want to go to the hotel now.”

The suit continues to claim that Jones drove, while under gunpoint, as fast as possible to get to the hotel where Lil Wayne’s manager, Cortez Bryant, was waiting.

Jones states that immediately after the incident he quit the job. Can you blame him? The driver is suing for an unspecified amount of damages over his “confinement, emotional distress, and loss of personal dignity,” and we hop he gets every penny he’s asking for, too!