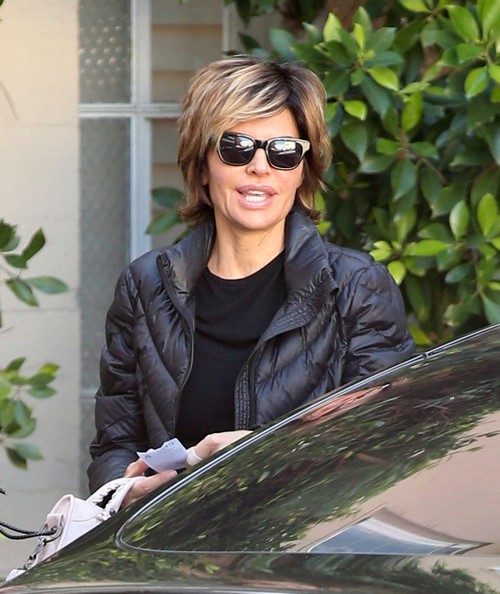 Does Lisa Rinna have an eating disorder as some recent reports have suggested? Lisa Rinna has never exactly carried around positive or particularly healthy vibes, although I’m sure a lot of that has to do with her fish lips and how distracting they are from the rest of her face. However, a recent episode of The Real Housewives of Beverly Hills might have exposed Lisa’s secret – an eating disorder!

Based on a violent fight that Lisa Rinna had with Kim Richards on the show [before Brandi Glanville broke it up], Rinna clearly has issues – major issues. Why is she so obsessed with defaming Kim Richards? Some sources are hinting that it’s because Lisa Rinna might have some issues that she’s keeping hidden, such as a rumored eating disorder. That might also explain why Lisa started whacking at Kim in the first place, since Kim first taunted her with, “eat some bread, it might make you feel better.”

Lisa’s family members have their own issues with drug addictions and health issues, so I don’t blame her for letting that take over her mind. However, it’s clear that she’s projecting all that anxiety onto her time on The Real Housewives of Beverly Hills. I mean, it makes for great television and great drama, but if Lisa Rinna really is dealing with an eating disorder, than she should get the help she needs – not get goaded into a fight by her co-stars.

What do you guys think? Does Lisa Rinna really have an eating disorder, and are her family’s issues with drugs playing a factor in her behavior on RHOBH? Or is she just reacting to everything in a way that maximizes the drama, thereby ensuring that she will keep her job and not get fired. I mean, we already know that the network executives direct these women to fake conflict most of the time, but with Lisa, it doesn’t seem like they ever have a shortage of said conflict. Let us know your thoughts in the comments below.

“The Real Housewives of Beverly Hills” star Lisa Rinna visits Epione, a cosmetic medical center, on March 4, 2015 in Beverly Hills, California. Lisa and her Housewives castmate Kim Richards continued their fight from Amsterdam into their upcoming reunion episode, which is said to be “intense.” FameFlynet