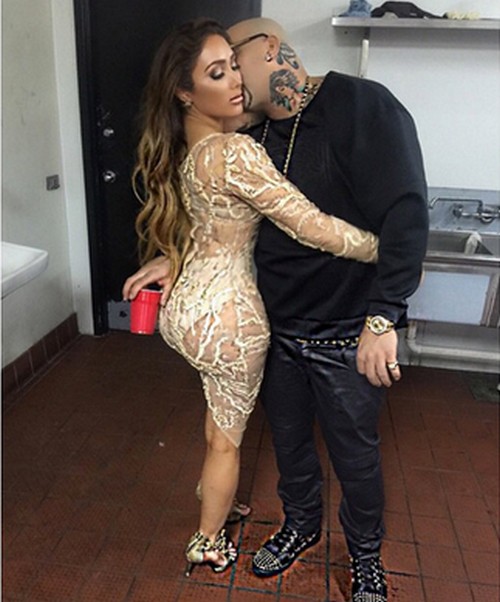 Love & Hip Hop Atlanta star Karlie Redd has some explaining to do! Karlie Redd doesn’t have too many friends left on LHHA, so you would think that she would be on her best behavior not to step on any toes – especially after her beef with Joseline Hernandez and Rasheeda Frost. But, as Nikki Mudarris says, “hoes will be hoes.”

Karlie Redd and Nikki Mudarris’s friendship is officially over, and it looks like a feud is brewing between the two women over Mally Mall. Generally when you are friends with someone, you don’t hang out with their ex-boyfriend, but Karlie Redd obviously is not award of the girl code rules. It all started a few days ago when The Shade Room posted a video of Karlie Redd hanging out at a club with Nikki’s ex Mally Mall.

When Nikki Mudarris saw the video of her former friend and her ex-boyfriend, she went on social media to let it be known that she and Karlie were NOT friends anymore. Nikki commented on the video of Karlie and Mally Mall that “hoes will be hoes.” Then, Nikki shared a video of herself on Instagram singing, “When a fake rich man wants you and you can’t afford an uber. Oh, your life is a struggle yes it is. Get your life bitch.”

So, in conclusion – in a 10 second video Nikki accused her ex Mally Mal of being “fake rich.” Then, blasted Karlie Redd for being too broke to pay for an uber ride. Oh, and she called her a hoe. We have watched Love & Hip Hop Atlanta long enough to know that those are fighting words – and this feud is about to get very entertaining.

What do you think LHHA fans? Was Karlie Redd wrong to hang out with Mally Mall? Is Nikki being petty, or does she have a right to be upset? Let us know what you think in the comments below!