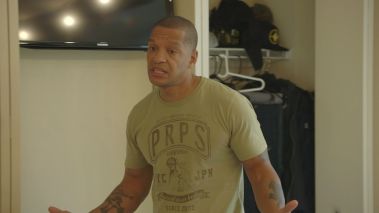 Tonight on VH1 their series Love & Hip Hop continues with an all new Monday February 23, season 5 episode 10 called “Call Your Bluff” and we have your weekly recap below. On tonight’s episode, Peter Gunz fumes that Amina Buddafly snitched on him.

On the last episode, Rich worked with his artists. Meanwhile, Diamond discovered Cisco’s hidden conversations with Tasha; Amina exposed a secret from Peter’s past; and Yandy accused Mendeecees’ assistant of stalking her. Did you watch the last episode? If you missed it, we have a full and detailed recap right here for you.

On tonight’s episode as per the VH1 synopsis, “Peter fumes that Amina snitched on him. Elsewhere, Mendeecees tells a lie to Yandy about Omere; Erica informs her family that she’s in love; Diamond seeks Rich’s help to win back Cisco; and Chrissy participates in a lusty photo shoot.”

Rich has called Jhonni to meet up. She tells him she doesn’t want to be around her, because they won’t be talking, she’ll fuck her up. Jhonni starts cutely apologizing to Rich and playing footsie with him before going over and sitting on his lap.

She invites him to the bathroom. Not sure if they actually met in the bathroom or if it was a joke.

Yandy and Mendeecees discuss his assistant. He tells her he’s taken care of it, and she doesn’t believe him.

She tells him that she copied her exact outfit from Instagram, down to her shoes. She says Remy should know she will never be in her lane.

Mendeecees says in confessional that if Yandy focused on the work and not what she was wearing, this would be over.

Yandy says Remy should not be acting that way with people she is working for or their spouse, convincing Mendeecees he must take care of this.

Peter is livid because Amina had the nerve to tell Tara the truth about his rampant infidelity. He comes into the house furious, asking her if she just wanted him to come in the house and act normal after she snitched on him.

Peter finally comes to the conclusion that he should just be single, storming out of the room while Amina is crying.

Erica tells her mom that she and Shad (Bow Wow), are more than friends and that she is in love. She reveals that he has asked her to marry him.

She says in confessional that she has never felt so comfortable in her life and could see herself with him the rest of her life.

Rich, Peter and Cisco hang out to catch up. Peter tells Rich about how Amina told Tara about his cheating, and about her potentially going to Germany with the kids.

When asked about Diamond, he tells them that it is over because she is disrespectful and immature.

Bow Wow and Erica are brought up, which brings the conversation to Cyn. Cisco asks Rich what Cyn’s situation is, and he tells him that he was going to ask her to work on a song with him.

Rich and Diamond meet up, and she asks for advice on what to do. She asked him to meet her for drinks, and he was acting cold and nonchalantly, so she pulled out screencaps of his text messages with other women. She reveals that she got into his phone by placing his finger on the fingerprint sensor while he was passed out.

She says she doesn’t understand how people see her as being wrong when she is right, and that she still thinks something may be there between the two of them.

She gives Rich a five-page letter to pass along to Cisco.

Amina is upset that Peter is still so protective of Tara, deciding to meet up with her again. Amina says obviously their relationship is not as over as the two of them have made it seem. She says she has told her the truth all along, referencing the fact that she has told her that she can do whatever she wants with Peter.

Amina asks if they’ve been sleeping with eachother, and Tara says that yes, they have been since around when Amina got pregnant.

Tara tells her to imagine what it’s like to be her, at home knowing that Peter is with her. “Peter left me alone with two kids, what the f*ck do you think he’s going to do to you?” she asks Amina. She says she’s not trying to keep her from him or crush her dreams of happiness and loyalty, and that Peter has always made each of them out to be bad to the other one.

Yandy’s pregnancy is starting to take a toll on her business. Ever since Remy has been working for Mendeecees, a wedge has been growing between them professionally, Yandy says in confessional.

She tells Mendeecees she has been ordered to stay in bed for a few days due to high blood pressure and that the baby’s heart rate is increasing. He criticizes her for working in bed, telling her she needs to be sleeping.

Amina has a show in the city, which Rich uses as an opportunity to link up Cyn and Cisco.

When he and Cisco are alone, he tells her about his meeting with Diamond, giving him the letter. When he says he will read the letter but he is done with her, Rich tells him that Diamond was looking really good. He tells Rich that he can hook up with her if he wants.

Peter has decided to come to Amina’s performance, despite being mad at her. He says in confessional that despite his anger, he loves her and their child and so he needs to keep them in his life.

When he talks to her after her performance, she’s confused because he had packed up all his shit and left her. He tells her he’s sorry, he didn’t mean what he said and that he misses his family. “Which family?” she asks him, also asking him if he has sat down with Tara and told her that it’s real with her. He says he hasn’t done that and that he isn’t comfortable with doing that, and she says that she doesn’t want to talk to him then.

She says she is going to Germany with the baby, and when he protests, she tells him she doesn’t have to tell him anything.

When Peter mentions that he hasn’t yet met Amina’s family, she says “Like they’re going to meet someone like you, who treats me like shit,” she says.

Erica tells her son about her engagement to Shad, the first man she has been in a relationship with that she wants her son to meet. Her son feels a little awkward about it, but is excited when she tells him he will be able to have a stepfather and a little brother. She reassures him that his mother will always be his mother and his father always his father, just that his family will now be bigger with more people to love.

Yandy thinks that her son is in the hospital after receiving a call from Mendeecees’ driver, and runs to the car in a panic. When she finds out it wasn’t true, she confronts him. He told the driver that he was headed to the emergency room to get the boy in order to compel Yandy to show up when the school called him because no one has picked him up. When she asks him where he is, he says the kid is in the studio. She’s already pissed at this point, but gets even angrier when Remy comes into the room, asking Mendeecees if he is okay.

Despite the fact that Yandy took sole responsibility when he was in jail, he tells her she needs to care about the kid. Yandy thinks he needs to do his share.